Advanced Search
Temporary Ban On The Import Of Poultry From 5 Countries
Category: Kuwait 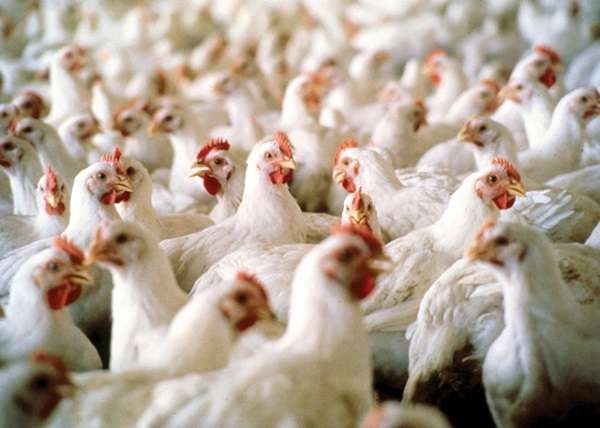 Ministry of Commerce and Industry has issued a temporary ban on the import of poultry (live and frozen) from five countries based on the recommendation of Food Safety Committee, reports Al-Rai daily. The decision includes all kinds of poultry and its derivatives, in addition to egg — unless it’s been processed thermally under temperature of 70 degrees Celsius and imported from Britain, Canada, Romania, Hungary and Portugal; indicating, the ban on poultry from the above-mentioned countries excludes eggs.

Meanwhile, the ministry has lifted ban on the import of all kinds of live birds, incubating eggs, and day-old chicks from Turkey, Bulgaria, Romania and India. However, shipments from these countries will be required to undergo necessary tests at the Department of Animal Health of Public Authority for Agricultural Affairs and Fish Resources (PAAAFR). In an unrelated development, Public Authority for Housing Welfare (PAHW) announced that over 123 million dinars has been paid in rent allowance to citizens who qualify for housing in the last seven months, reports Al-Qabas daily.

A source said about 117,000 citizens who deserve housing have benefited from rent allowance. He noted the rent allowance for some 1,428 citizens were stopped for various reasons, while the sector registered 7,163 new applicants for housing welfare for the current fiscal year.

Flights To India Awaiting Final Approval Special charter flights to Indian destinations are expected soon with the signing of the Transport Bubble between the two countries, a reliable source disclosed to The Times, Kuwait. It is expected... August 05, 2020 0 16289 Category: Information

The Airport Continues Its Commercial Flights According to Alqabas Kuwait International Airport continued to operate commercial flights for the fifth consecutive day, as 14 flights arrived in the country yesterday, while 16 flights departed. A re... August 06, 2020 0 7588 Category: Travel

19 Dead and 127 Injured after Air India flight crashlands in Kozhikode, breaks into two 19 passengers died and 127 were injured, including 15 seriously, when a plane coming from Dubai met with an accident at Karipur airport in Kozhikode, Malappuram Superintendent of Police (SP) said on F... August 07, 2020 0 5833 Category: India

KTTAA chairman criticizes abrupt decision to ban expats from 31 countries without prior notice Under the pandemic situation the decision was taken by Kuwait government to ban travel from 31 countries. Today Mohammad Al-Muthairi, the Chairman of the Board of Directors of the Kuwait Travel and To... August 05, 2020 0 4534 Category: International

3 Stage Plan For Return of Expats - MOI High sources revealed Alqabas  that the return of residents to the country will take place according to 3 successive stages, during which priority will be according to the needs of the state, wit... August 07, 2020 1 4192 Category: Expats

Ministry Of Health Prepared The List Of Expats Who Are Struck Outside The Country Health Ministry is developing a inventory  of its employees, who are stuck outside the country and  are unable to return to Kuwait thanks to restrictions imposed  due to coronavirus pan... August 06, 2020 1 2957 Category: Kuwait