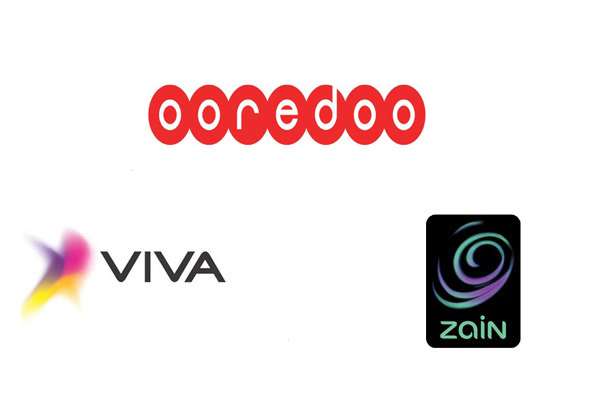 Telecommunication companies in Kuwait are unveiling next-generation mobile broadband services with the aim of increasing customer numbers and shoring up revenues.

In recent months, Kuwait’s three mobile operators have been vying against each other to offer faster speeds, better deals and wider options to subscribers. In response to growing demand from customers for data services, the country’s main operators – Qatar’s Ooreedoo, Kuwait-based Zain Group and Kuwait Telecom Company (VIVA) have all rolled out advanced 4G and LTE networks in recent months and are now launching innovative products such as voice-over-LTE (VoLTE).

The telecos are increasingly aligning their Kuwaiti business strategies to match a consumer-driven shift from voice and SMS to data services. Data revenues are increasingly becoming the staple for revenues of the mobile operators, as they look to maintain their profitability and invest in network upgrades for next-generation services.

According to half-yearly financials from the companies, data accounted for 20 percent and 34 percent of Zain and Ooredoo’s respective group revenues so far this year. This represented a y-o-y growth of 10 percent and 64 percent respectively.

Part of the growth in data services is being driven by ongoing investment in new broadband networks. Since launching the country’s first 4G LTE network in November 2012, Zain Kuwait has been active in developing next-generation mobile broadband services across the country, including plans for an LTE-Advanced (LTE-A) network announced in late 2013.

In June, Ooredoo Kuwait rolled out two different network and service upgrades — switching its 4G LTE network to what it calls “4G+ SPEED” and launching an LTE-A network. According to Ooredoo, existing subscribers will neither have to purchase new hardware in order to access data speeds of up to 150 Mbps on the 4G+ network, nor will they have to pay any additional connectivity charges. Meanwhile, its LTE-A network will integrate spectrum on the 800-MHz and 1800-MHz bands to provide users with peak data speeds of more than 185 Mbps, making Ooredoo’s new network one of the fastest in the world.

The mobile operators are viewing data as the main driver to keep the industry on a growth trajectory this year, as falling international revenues are straining profits. According to a report by National Bank of Kuwait, the profits in Kuwaiti’s telecoms sector shrank to KD117 million in the first-half of 2015, driving down average profit growth of firms listed on the Kuwait Stock Exchange.

Ooredoo’s revenues were similarly affected by currency fluctuations and instability in North Africa. In the first six months of the year, consolidated revenues were down 3 percent y-o-y KD1.3 billion, while group net profits fell 41 percent, due in large part to a 90 percent y-o-y decline in the net profits of its Iraqi operations.

Among the three mobile operators in Kuwait, VIVA has been the sole bright spot, reporting a 66 percent increase in net profits to KD40.3 million last year. The company posted KD134 million in revenues in the first six months of 2015, up 24 percent y-o-y, while net profits rose 14 percent to reach KD21.6 million.

Innovation is expected to continue to play a major role in the development of new mobile broadband offerings, with new technologies likely to be embraced more in the years ahead.

5 Year Residence For Expats And 10 Years For Expat Businessmen A new residency law will be introduced that underlines that an expat can acquire a residency visa for up to 5 years and for an expat businessman with a valid project, it is for 10 years. Among the ... August 12, 2020 2 6646 Category: Expats

After Days Of Waiting, First Flight Left To India From Kuwait Today After a long wait of more than three weeks, the flight to India resumed from Kuwait international airport today with the first flight carrying 322 Indians stranded here to Delhi. The flight, arrang... August 11, 2020 0 6062 Category: Kuwait

Allow Entry To Non-Kuwaitis From The 31 Banned Countries Who Are Related To A Kuwaiti The General Administration of Civil Aviation issued a circular to airlines operating at Kuwait International Airport allowing non-Kuwaiti passengers who have a relationship with a first-class Kuwaiti ... August 09, 2020 0 4585 Category: Travel

Steps To apply for Renewal of Kuwait Society Of Engineers (KSE) Membership And No Objection Certificate Online If you hold a engineer visa KSE membership is must and you have to renew it Every Year, Below we will explain the process about renewal KSE membership and applying NOC, this process is for who already... August 10, 2020 0 4480 Category: Kuwait Society of Engineers

Only educated expats over 60 will have their residence renewed Public Authority for Manpower (PAM) has announced that expats at the age of 60 and above, without a university degree will need to make preparations to leave the country by end of this year. They are ... August 11, 2020 2 2852 Category: Expats