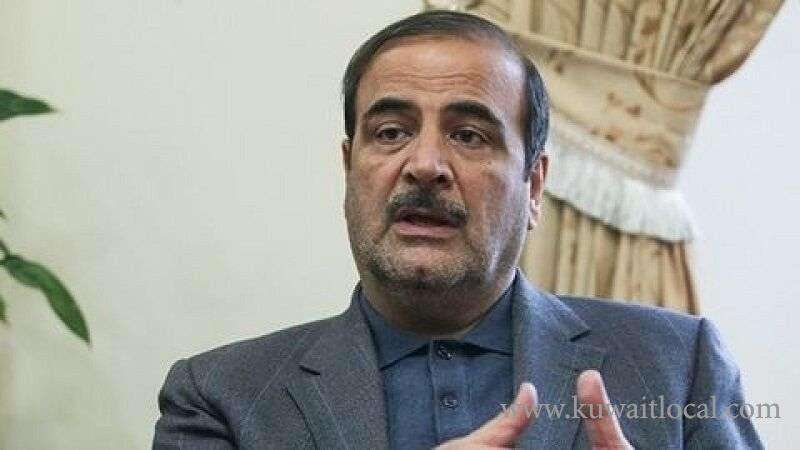 In an interview with IRNA, the diplomat expressed optimism about the prospects for Iran's ties with regional countries, noting that Kuwait's role in making reconciliation is known for all and accepted by all countries because Kuwait always has a peace-seeking strategy.

The Ambassador of the Islamic Republic of Iran to Kuwait reiterated that last week we witnessed the most relaxed relations with the countries of the region in all fields and the remarks exchanged between all parties are positive.

Relevant authorities in Kuwait, meanwhile, have expressed optimism about the recent remarks by Iranian and Saudi officials and their emphasis on political solutions to end the region's crises, and announced that Kuwait is looking at the created space and these remarks with pleasure and optimism.

They added that Kuwait does not hesitate to play any positive role that is beneficial to the stability and security of the region, albeit in full coordination and cooperation with its brothers in the Persian Gulf Cooperation Council (PGCC).

In another development, Foreign Minister Mohammad Javad Zarif said on Sunday that Iran's foreign policy has focused on having good neighborly relations with the regional states and special economic cooperation in the region.

Zarif made the remarks answering to a lawmaker's question about why Iran has not had sustainable diplomatic cooperation with its eastern and southeastern neighbors, including Pakistan.

Iranian Foreign in late September had said that Iran seeks peace and tranquility in the region, in reference to the proposals made to solve regional issues.

Zarif said that “there is a threat of escalation in our region, Iran is a country which is interested in tranquility, peace in this region we have proposed plans for ending the violence in Syria".

“We proposed the plan to end the war in Yemen almost for one year and a half ago exactly when the conflict started in Yemen,” he added.

“We are still prepared now and we are with our partners in the Astana process, Turkey and the Russian Federation have reached good conclusions, good outcomes in Syria there is no major fighting going on in Syria and that’s an achievement for the Astana process," Zarif noted.