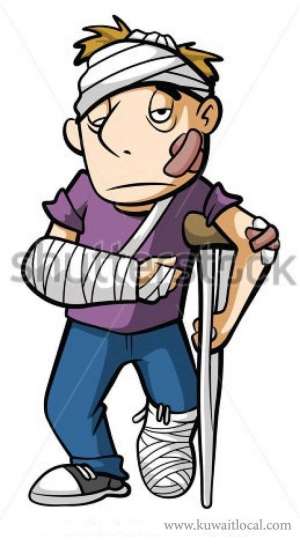 Syrian Hurt In Quarrel Among 4 Juveniles In Salmiya A Syrian youth sustained injuries on his face and shoulders during a quarrel among four juveniles inside a commercial complex in Salmiya area. According to security sources, when the Operations Room o... December 07, 2016 983 Category: Crime News 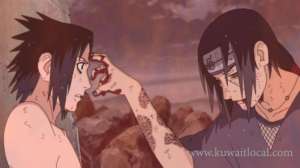 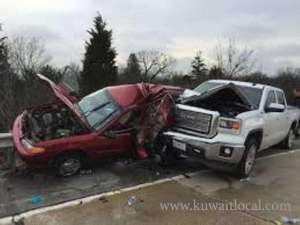 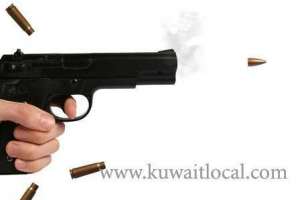 2 Expats Hurt In Shooting Two expats were wounded in a shooting by a Kuwaiti citizen at Salmiya area in Hawally Governorate on Sunday, the Ministry of Interior said. Initial investigations showed that the citizen claimed that ... September 26, 2016 905 Category: Crime News 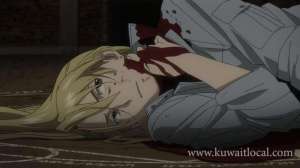 A Bangladeshi Expat Hurt In Brawl A Bangladeshi expatriate sustained injuries during a quarrel with another in Jleeb Al-Shuyoukh area, says Al-Seyassah. According to security sources, when the Operations Room of Ministry of Interior r... June 30, 2016 1297 Category: Crime News 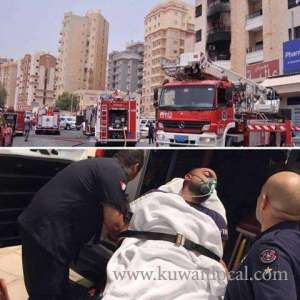 Woman Died , 3 Hurt In Salmiya Fire An Arab woman, in her 70s, died while three expatriates suffered from shortness of breath and got burns in different parts of their bodies when fire broke out on the second fl oor of a fourstorey buil... June 08, 2016 2693 Category: Crime News 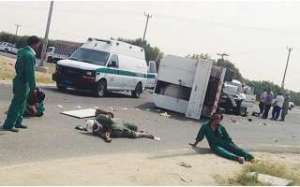 5 Workers Hurt In Accident Five workers sustained various degrees of injuries in a car crash along Wafra Farm area. They were airlifted by paramedics via helicopter to Adan Hospital for medical attention.   SOURCE : ... March 07, 2016 10371 Category: Kuwait 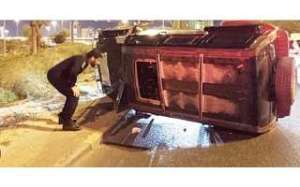 A Kuwaiti Woman Hurt In Accident A Kuwaiti lady suffered injuries in different parts of the body after her car toppled on the Fourth Ring Road. Security sources said the Operation Room received information about the incident and disp... February 27, 2016 1672 Category: Kuwait
Page 2 of 2
Popular News