Drugs and Guns With Kuwaiti, Saudi Personnel from the General Department for Drugs Control (GDDC) have seized 250,000 Captagon pills, one kilo shabu, 500 grams of chemical, a Kalashnikov rifle, a shotgun and ammunition from two people ... September 15, 2020 744 Category: Kuwait 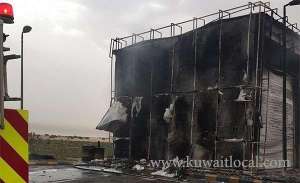 Saudi Security Checkpoint Targeted With Guns And Explosives Four attackers targeted a security checkpoint with guns and explosives in eastern Saudi Arabia as they tried to flee the country, leading to the death of two and the arrest of two others, Saudi-owned ... April 08, 2019 398 Category: International 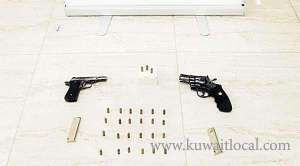 Unlicensed Guns And Ammunition Seized The General Department for Weapons Investigation in the Interior Ministry carried out a campaign in Subiya and the adjacent areas early morning Friday. The campaign resulted in the arrest of five pers... August 28, 2016 1065 Category: Crime News

A Kuwaiti Arrested For Selling Air Guns Personnel from the General Department for Weapons Investigation have arrested an unidentified Kuwaiti for selling air gun. The arrest came after the suspect advertised the sale of guns on a website. A... April 24, 2016 1201 Category: Kuwait 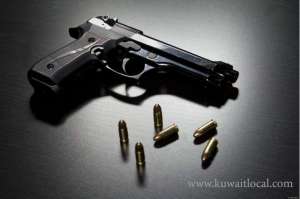 Cops Seized Hunting Guns Police officers from Ahmadi Security Command arrested four youths for the possession of four hunting guns (shozan) in Dhabee’ah, where they were hunting birds. According to security sources, the... April 17, 2016 1048 Category: Kuwait 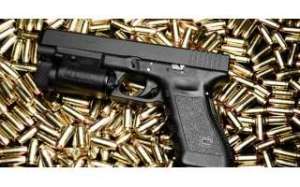 Cops Arrested 4 Kuwaitis For Possession Of Unlicensed Guns, Bullets Four Kuwaiti men were arrested in possession of unlicensed guns, 6,000 bullets, ammunition and a Kalashnikov during a security campaign in Kabad area. Securitymen launched the security campaign based ... March 25, 2016 1348 Category: Kuwait 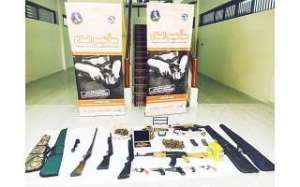 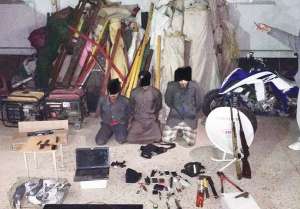 3 Suspects Arrested With Guns In Security Officers Raid security officers raided the house of another citizen and confiscated a hunting gun, an assault rifle and fire arm with rounds of ammunition. They confiscated the items and referred the suspect to con... February 14, 2016 1292 Category: Kuwait 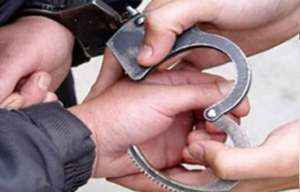 2 Citizens Held With Guns, In Kabad Area Two Kuwaiti citizens were arrested in Kabad area in possession of two machine guns, 200 grams of methamphetamine and a sum of KD 3,800 which they earned by selling drugs. According to security sources... January 20, 2016 1936 Category: Kuwait 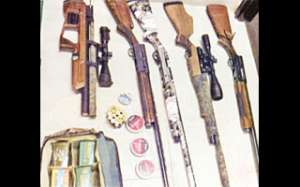 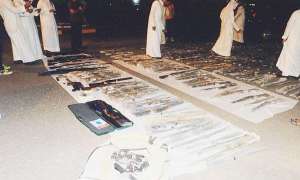 Guns Confiscated During The Raid In their unrelenting efforts that thwarted the recent attempt to smuggle weapons from Iraq to the country — followed by confiscation of 325,000 rounds of bullets among other weapons inside a liv... November 07, 2015 1628 Category: Kuwait
Popular News