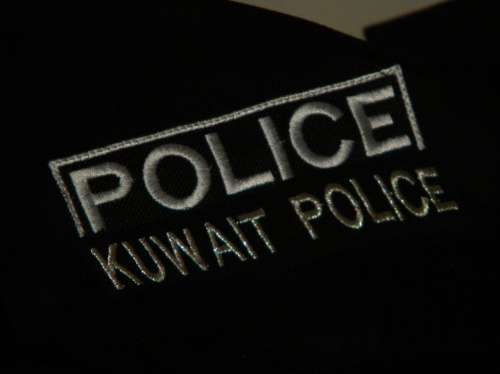 The unlicensed arms and explosives’ collection law, a year after its enforcement, has resulted in substantially reducing rates of incidents or accidents that lead to fatalities or critical injuries. Moreover, it has led to lower shooting occurrences during ceremonies.

The law enforcement, coupled with a media campaign, has resulted in collecting 9,407 guns, pistols (revolvers) and Showzen rifles, more than 59 tons of ammunition, thus boosting the State efforts for maintaining peoples’ safety.

Brigadier Abdulrahman Al- Suhail, the head of the General Directorate for Arms Collection of the Ministry of Interior, said in an interview with KUNA that the department would continue carrying out surprise raids to cleanse the country of unlicensed arms, ammunition and explosives, emphasizing “the law would be enforced equally on every-one.”

There will be no pardon for those who have retained their arms beyond the four-month grace period for voluntary handover, according to instructions of Deputy Prime Minister and Minister of Interior Sheikh Mohammad Al-Khaled Al-Sabah, Undersecretary Lieutenant General Sulaiman Al-Fahad and Assistant Undersecretary for Criminal Security Major General Abdulhamid Al-Awadhi.

Tasked personnel, in coordination with the traffic authority, the special security and the media security departments, have been, after obtaining necessary legal permissions, searching suspected vehicles on main roads and alleyways for concealed unlicensed weapons.

The search on the roads is a prelude to raiding locations with suspected hidden arms or explosives. Brig. Al-Suhail added that the MoI personnel have set up checkpoints, data gathering points and have obtained judicial approval for raiding hideouts of persons who have not heeded the warning to surrender their arms or ammunition. He also urged informants to call 112 to report about concealment or possession of such ordnance.

For his part, Brig Adel Al-Hashash, the head of the General Directorate of Relations and Security Information, said in remarks to KUNA that the law enforcement has contributed to cutting rates of violent and deadly incidents.

He called on citizens and residents to help in the efforts to stop shooting into the air during joyful or sad occasions. The MoI has carried out a media campaign, simultaneously with executing the arms law, targeting all concerned segments of the society, he said, expressing gratitude to all those who have interacted with the campaign and have given up their guns.

Meanwhile, the eminent Kuwaiti lawyer, Dokhi Al-Hasban, who doubles as Assistant Secretary General of the Arab Lawyers Union, lauded the law, blessed by the Parliament last year, affirming that its effectiveness would help in maintaining security and stability of the country.

The Parliament (the National Assembly) approved, on January 27th, last year, the law which in part stipulated that possession of unlicensed military ordnance is punishable with five years in prison, along with a KD 10,000 fine, or one of the two penalties. Those who engage in trades or hold connections with terrorist cells for making arms transactions are punished with 10 years behind bars and a KD 50, 000 fine. The law in its sixth article essentially stipulates amnesty for those who hand over their unlicensed guns within four months, effective the date of publishing law in the official gazette.