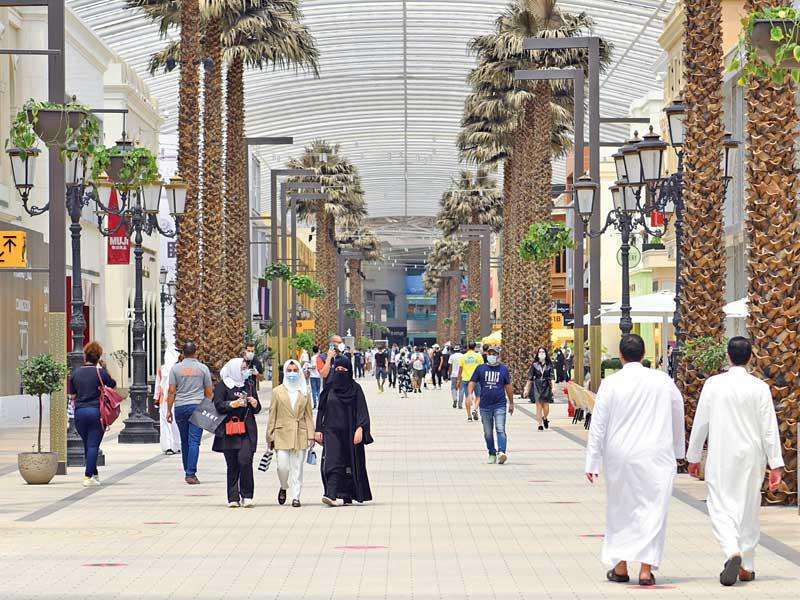 After about five months that Kuwait lived under the embargo, which began partially on March 22, then on May 10, before returning partially on the 28th of it, life will return to normal the day after tomorrow, following the decision of the Council of Ministers to implement ending the ban in all regions of the country , While maintaining the precautionary measures taken to confront the emerging corona virus pandemic.

Some of the expected measures constitute the dividing line with the fifth and final stage of the gradual return to normal life plan, which can be built upon in the approach of future measures to deal with the repercussions of “Corona”, especially as concerns about the continuation of the epidemic still exist.

Ending the partial ban in the country is the most prominent test for government agencies to protect the required balance between health necessities on the one hand and protect the economic and productive sectors on the other hand, especially since ending the ban will open the door to roaming around the clock, and restore the working hours of institutions, complexes, restaurants, retail stores, and day labor. Natural.

The picture of preparations of the ministries and government agencies to keep up with the new phase does not seem much different from the current situation, especially with regard to part-time employees, which amount to 50 percent in most ministries, with an increase in some of them as required by business requirements.

However, the most prominent change will be at the level of private institutions and complexes, which is what the relevant regulatory authorities are working to prepare to contain in order to avoid any new health complications.

In addition, the Joint Ministerial Committee to follow up on the implementation of health requirements to combat the spread of the Corona epidemic, in its meeting yesterday, discussed the preparations of government agencies after the curfew was lifted the day after tomorrow, and reviewed the reports of the control teams in government agencies to assess the general situation since the start of the implementation of the fourth phase (started on August 18 From the plan to return to normal life, as sources indicated that the committee called for monitoring teams to tighten supervision after lifting the ban on non-compliant activities more than the previous stages, and to intensify visits in activities that frequent visitors in order to avoid any increase in injuries because it is the most dangerous stage.

With regard to the working hours of the activities, the sources indicated that the committee discussed the Kuwait Municipality’s approach to keep working hours in the first week of lifting the ban, as announced at the beginning of the fourth phase, except for cooperative societies, parallel markets, food shopping centers and groceries in investment and commercial areas, which will be allowed to operate. During 24 hours to meet the needs of the population, then gradually increasing the hours of other activities in the second week.

Regarding the mechanism of work in government agencies during the next phase, sources in the Civil Service Bureau pointed out that the requirements of the fourth phase specified all the measures taken regarding work in the government sector and will not change after the ban is lifted, indicating that if the government entity needs to increase the number of workers, it can summon a small percentage Of the employees do not exceed three employees in the same department so that the total employment percentage does not exceed 75% of the employees provided that the summons are not included among the exempt cases, in order to speed up the work mechanism, in addition to relying on electronic appointments for auditors in government agencies and not receiving any references without an appointment specific.

Security plan for the stage

In preparation for the next stage, an informed security source revealed to that the Ministry of the Interior had prepared a special integrated security plan to deal with the health situation after the partial ban was lifted early next week, indicating that the ministry’s plan was prepared in cooperation and coordination with the Ministry of Health and several other government agencies.

The source pointed out that the Interior Ministry prepared its security plan on several main pillars that it assigned to the public security, operations, criminal security and traffic sectors, in addition to placing other sectors in a state of readiness if the need arises for the intervention of these agencies.

He mentioned that the security services represented in the public security and criminal security sectors will be entrusted with the deployment process in complexes and commercial markets represented by fixed security points and foot patrols to deal with any gathering or congestion within those complexes and coordination with the relevant government agencies such as the Kuwait Municipality and the Public Authority for Food to support Those bodies in the application of the law on social distancing.

He added that the instructions included in the security plan stipulated that any notification about gatherings be dealt with immediately, whether in diwaniyas or public squares, or holding wedding parties or mourning councils, indicating that the security phone for the operations of the Ministry of Interior receives reports about these gatherings and is dealt with from sectors Field security.

The source revealed that the Ministry of Interior has prepared a special security force to support government agencies in the event that field support is required, pointing out that there is coordination between Kuwait Municipality inspectors, the inspectors of the Food Authority, the Environment Public Authority and the Ministry of Health to report and deal with any breach of health instructions in any way.

He indicated that the instructions directed to the security services through the Ministry of Interior plan stipulate raiding random markets in the areas where singles live and arresting those in charge of them, given that they are considered unauthorized gatherings and in violation of the law.

For its part, informed sources in the Ministry of Public Works indicated that the “increase in the number of employees” in the ministry after lifting the partial ban will be in accordance with the decisions of the Council of Ministers and the Civil Service Bureau, in addition to that each sector will determine the numbers it needs according to the health procedures followed, and the interest of work After the “civil service” gave the ministry the freedom to determine those numbers.

The sources pointed out that all exemptions from work as stipulated in the decisions of the Civil Service Bureau will continue and include chronic disease patients, pregnant and lactating women, and others.

She indicated that with regard to working hours, the regulations and flexible working hours and times will continue according to the work requirements in the different work sectors in the ministry.

She stressed the importance of divergence during the current stage within the ministry in all cases in accordance with the health and preventive requirements set by the competent health authorities.

The sources confirmed that the ministry will continue to follow the precautionary measures that have been applied since the start of the spread of the Corona pandemic in the country, indicating that the works during the past period have been continuing to receive their auditors through specific procedures applied to all auditors.Follow health requirements to ensure protection

The Ministry of Health represents the focus of the next stage procedures according to what will be the developments of “Covid 19”. Well-informed health sources confirmed that the Ministry sets health requirements that must be followed, implemented and adhered to during the coming period, which will follow the lifting of the total ban on the country during the next week.

The sources told Al-Jarida that the ministry has put in place a number of precautionary measures that must be followed and adhered to by the ministry, governmental and private bodies and institutions, and the latter must implement and adhere to those requirements in order to preserve the health and safety of the visitors of its facilities, buildings and affiliated bodies. She emphasized that following health requirements is the only protection from infection with “Covid 19”, in light of the lack of a vaccination or an effective and effective treatment that protects against infection.

The health sources called on citizens and residents to show a sense of responsibility in order to preserve the health, safety and lives of everyone and not to go out in “visits” or bureaus during the coming period, in order to preserve the lives of the elderly, children, and those with chronic, non-contagious diseases, who are the group most affected by infection with the disease.