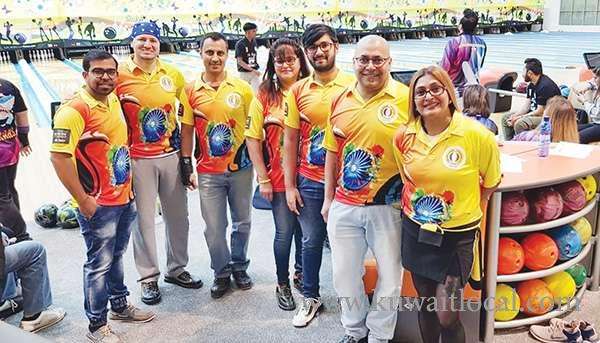 Myrah Manalo finished with 525 points as the Swooping Eagles, the new ‘giant killers’ routed the UNIMONI Exchange 2,670-2,510 and stopped the winning spree in ninth week. In the first two games, Eagles won the first two games 864-805, 937-803 but UNIMONI requite in the third game 902-844. Losing the tenth game the Exchange Kings still upheld the top rank for seven consecutive weeks and won the prize for free lane fees of  the entire elimination round. Aside from Myrah she was followed by Clinton Cathers (486), Riz Roque (438), Jessica Balagat (396) Benjie Roque (310) and Mona Corpuz (100) while UNIMONI’s top scorer was Rashid Aker Ali (501), Rudy de Lima (485), Yousef Ghandanfar (455) and Ahmad Fadhil Karam (408). The win-lose-bye game record of the Swooping Eagles was 7-2-1 while UNIMONI Exchange had 8-1-1. Despite two consecutive wins of the Swooping Eagles, their leverage points with the cliff hanger lessen to sixty one points.

The match-up between Falcon Int’l Cargo and IncrediBowlers was worthy to watch. It can be recalled that both teams were member of the ‘Super 8’ in the initial two weeks holding sixth and seventh spot. In the third week Falcon Cargo dropped to eight place while the IncrediBowlers were out of the top 8 holding the tenth position. In the fourth week, Falcon were number ten and IncrediBowlers were in the ninth place and after the fifth week Falcon Cargo managed to snatch the eighth position while the other team remain in the ninth place. Since then the struggles of the two teams started until this tenth week as bitter rivals on the last seat and Falcon clawed hard and remain the cliff hanger.

In week 10 the Incredibles almost pushed the Falcon Cargo to the brink of darkness when they won the first and second game of their scheduled three games, 982-901, 861-828 with 114 points advantage. In the third game, Falcon was restless due probable defeat and the excitable team captain, Jess Tolentino used a do-or-die approach, fielded the husband/wife tandem and consistent players. The strategy works, delivered couple of spares and strikes and won the game 1017-840 and the over-all results sided to Falcon Cargo 2,771-2,683. Falcon Cargo’s high pointer was Jess Tolentino (514), Jason Gamba added 480 points couples Gener and Imelda Calingasan combined with 631 points, Jhon Narvasa, Christine Moreno and Jocelyn Barros chipped in 307, 306 and 108 respectively while IncrediBowlers were Erick Chang (525), Melvin Alabado (476), Ruben Cervabtes (459), Sandy Panopio (455), Adolfo Prena (278) and Chat Sarne (103).