<![endif]-->
Advanced Search
Some Decisions That Deserve A Hats Off
Category: Article 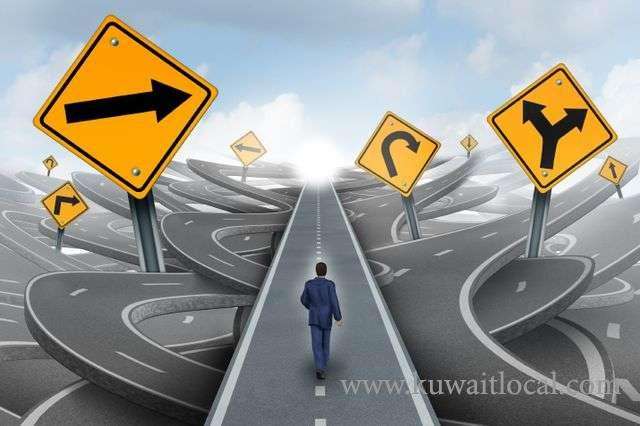 TAKING off the hat is a civilized symbol of approval and commendation for a person who did a certain work, statement or action. Taking off the hat means appreciation, gratitude and admiration for what has been done.

It is true that we do not wear hats; except on weekends, during a trip and at the beach. We usually wear the ‘agal’ (a black cord, worn doubled, used by Arabs to keep the headdress in place on the wearer’s head). However, the ‘agal’ or ‘iqal’ is not doffed like hats except during rare occasions and some tribal celebrations. Now, back to decisions for which hats are doffed.

The first decision was taken by the Cabinet last Monday – to hold accountable every engineer, consultant or contractor who participated in the construction of infrastructure in new ‘forgotten’ areas and towns.

For instance, ‘Sabah Al-Ahmad town,’ where the planning and execution of infrastructure constitute a huge headline of failure and an example of the abhorred corruption.

This tough decision did not stop there as it went on to blacklist everyone among engineers, consultants and contractors who contributed to the detestable crime against Kuwait and its people. It means they are banned from dealing with the government until investigation is concluded and the accountability or acquittal of everyone is determined.

This decision was needed for years due to the fact that those in control of the fate of our construction schemes are dubious people considering their qualifications academically and professionally.

They were allowed to enter similar major schemes. In fact, they were parachuted into such professions due to partisan influence along with favoritism, tribalism, fanaticism and the principle, “Scratch my back and I scratch yours.”

This situation prompted us to pitifully look at our current condition and remember the good old days when engineering decisions, planning and execution were in the hands of excellent engineers like the late Ghazi Al-Sultan (one of the inspirations for the Gulf Street with the late Sheikh Jaber Al-Ahmad, and our colleague – dean of former Cabinet members Khaled Al-Essa).

We should not forget outstanding engineers, may Almighty Allah prolong their lives, such as Salem Al-Marzouq and others.

The second decision is the parliamentary Legislative and Legal Affairs Committee’s approval of the proposed amendment or rescission of an article in the Nationality Law from which fanaticism, discrimination, injustice and ignorance drips.

This article was drafted by fanatic excommunicators (‘takfirists’) a long time ago. It states for a person to be naturalized, he has to be a Muslim or has been a Muslim for more than five years despite the fact that religion or belief is the relationship between mankind and his Creator.

Kuwait has lost many bright minds due to this law that contradicts principles of the Constitution, human rights slogans and agreements which Kuwait is part of, although it has yet to implement many of the principles and articles of such agreements.

We hope that majority of the National Assembly members and the noble Cabinet members will stand together to approve this civilized legislation which will remove huge embarrassment from the Nationality Law drafted by those who do not intellectually belong to our society and our tolerant nature that we lived with before we got contaminated by their kind.

Sunnis, Shias, Christians, Jews, Arabs, non-Arabs, urbanists, nomads and people of every rainbow color – all of them coexisted in Kuwait in noticeable peace and harmony. Instigation of sectarian or religious sedition appeared only in the recent era as we have been tormented due to the dark exclusionary ‘takfirist’ ideology.

We have to use everything we have in terms of strength and determination to combat this dark ideology through brilliant decisions, such as decisions – the subject of this article – issued by our esteemed Cabinet and the new parliamentary Legislative and Legal Affairs Committee. Undoubtedly, such decisions deserve the hats off even though we are not wearing hats.