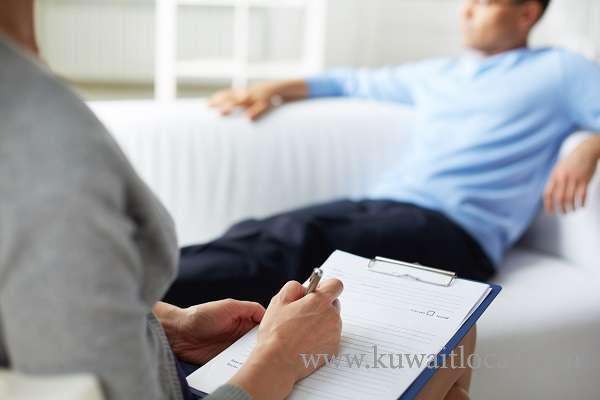 Life is rarely without its challenges; however, there are some issues that can be so overbearing that it seems impossible to move on. Whether it's the death of a loved one or overwhelming feelings of anxiety, it's important for the affected people to know that help is available for every problem life throws in your way.

People seek psychiatric help for many reasons. The problems can be sudden, such as a panic attack, frightening hallucinations, thoughts of suicide, or hearing "voices." Or they may be more long-term, such as feelings of sadness, hopelessness, or anxiety that never seem to lift or problems functioning, causing everyday life to feel distorted or out of control.

Psychotherapy, sometimes called talk therapy, is a treatment that involves a talking relationship between a therapist and the patient. It can be used to treat a broad variety of mental disorders and emotional difficulties.

The goal of psychotherapy is to eliminate or control disabling or troubling symptoms so the patient can function better. Depending on the extent of the problem, treatment may take just a few sessions over a week or two or may take many sessions over a period of years. Psychotherapy can be done individually, as a couple, with a family, or in a group.

Psychiatrists use a variety of treatments including various forms of psychotherapy, medications, psychosocial interventions and other treatments (such as electroconvulsive therapy), depending on the needs of each patient.

More than 200,000 people in Kuwait suffer disorders related to depression, a large number compared to the country's population of nearly four million, according to official statistics release by the Ministry of Health ahead of the World Health Day last April 7.

The official statistics seem to indicate that nearly 5-9 percent of Kuwait's population suffer depression, which is a very high rate compared to other countries, according to a senior psychiatry consultant in Kuwait.

"The percentage drops below four percent in Scandinavian countries and below 4.5 percent in countries like Australia, India and Canada according to a recent study published by the University of Queensland in Australia," said Dr. Abdullah Al-Hamadi, the head of the forensic unit at the Kuwait Center for Mental Health.

Commmenting on the issue of many patients not seeking psychological treatment, Dr. Faisal Al-Ajmi, a Psychological and Educational Consultant at Najahat Psychological and Social Center told Kuwait News Agency (KUNA) that in the past, patients used to be hesitant to seek this type of treatment due to the perception of the socity of those seeking psychiatric help, besides their misconception and lack of knowledge over the difference between the mental disorder and psychological illness.

He noted that with the increasing pressures and problems surrounding people, the psychiatrist can play an essential role in giving advice on how to deal with such worries. Al-Ajmi said that nowadays, people are more accepting of psychiatrists with the youth category among the most open.

He added that the elderly also have become more tolerant towards seeking psychiatric help compared with the the old generation, saying that the emergence of technology has played a positive role in highlighting the role of psychiatrists in resolving many of the daily life's complex issues. Al-Ajmi stressed that not every medicine prescribed by the psychologist can be addictive, saying that many people generalize that all psychological-related medicines are addictive.

He recalled many cases where patients diagnosed with depression or obsessive compulsive disorder do not take their medicines leading to Schizophrenia , which is the most severe stages of mental illness. He also asserted the importance of paying attention to one's behaviors, saying that many women neglect the hormone aspect, thus, leading to many psychological illnesses.

From the biological perspective, different studies have found that being religious increases patients' satisfaction and adherence to treatment. This can be applied to Islam in the way it helps with drug adherence through encouraging Muslims to look after their health by seeking advice and receiving treatment as health is considered a gift from God, which should be cherished.