Advanced Search
Snakes in Kuwait are estimated to be at risk of extinction
Category: Kuwait 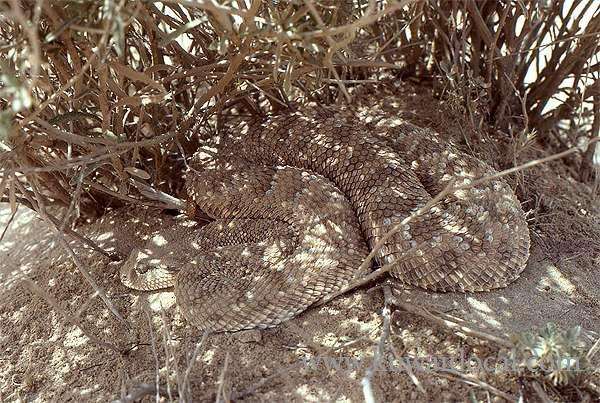 Snakes in Kuwait are estimated to be at risk of extinction with the unprecedented decline in their number due to the current deterioration of normal wildlife and loss of the animals they feed on, reports Al-Rai daily.

While the summer months represent the period of snakes when they go out in search of food, sunning and mating, they are killed by residents of residential areas – especially in Jaber Al-Ahmad City, which is close to the snake breeding areas, posing a major threat to biodiversity in life.

In order to shed light on the reality of the snakes in Kuwait, Al-Rai had a meeting with the environmental activist Awdah Aber Al-Bazali who said: “There are 10 types of snakes in Kuwait, some of which have become extinct, and others have been left with a small number due to desertification and overgrazing. This has led to the disappearance of rodents and lizards that are the source of food for living things, including snakes.

Al-Bazali pointed out that “Black Wall” snake has become extinct without any trace for more than 15 years followed by the dangerous snake called (Umm Junib) and then another snake with light poison called the Arab Cobra (jet) that is up to two meters long and seen during the day.

After this is another snake known as Mouse, which is most prevalent in farms that are non-toxic. He complained that people kill snakes in Kuwait out of fear of being in danger, while in places like Australia snakes are well kept. He also said snakes reproduce in the summer and love to live away from humans. If they are endangered or attacked, they use many means to defend themselves.

They may attack and bite, while their body is blown out of their size to frighten enemies. They also rub their shells to make a sound. He said some of them even turn on the back, swallow the tongue, and smell foul to pretend to die.

He stated that there are those who swam from the mouth to frighten enemies. He added: “Snakes have enemies among animals such as pinks, foxes, and wild cats. To avoid their enemies, the method of concealment is used. Their colors are close to the environment in which they live. The desert is colored in sand, while the forests are brown and green in the colors of trees and plants. And the lines on the back hide the direction of movement whether it is forward or backward to deceive predator”.

Residence Transfer Of Children To Mother Stopped The General Administration of Residency Affairs decided to stop transferring the residency of the children to their mothers in cases where the father has left the country permanently or his residence ... July 31, 2020 0 8035 Category: Kuwait

Kuwait Opens Airport. More Than 10,000 Tickets Cancelled As Kuwait opened its Airport for commercial operation today, according to reports, more than 10,000 tickets will be cancelled after the sudden decision to ban commercial aviation with 31 countries. ... August 01, 2020 0 7994 Category: Travel

Kuwait Bans Entry From 31 Countries Kuwait today expanded the list of countries, from which it is prohibited for people to enter Kuwait. As the Kuwait airport started commercial activities today, the Civil Aviation Authority announced t... August 01, 2020 0 5767 Category: Travel

India Signs Air Transport Bubble Agreement With Kuwait India and Kuwait have signed a transport bubble agreement which will enable air carriers to uplift stranded passengers both to and from India. However, since Kuwait has issued a temporary ban of re... July 31, 2020 0 5629 Category: Travel

Kuwait Approved PCR Testing Centres in India Testing for the coronavirus has been very much in the news. The first and most urgent focus is on increasing access to tests to diagnose people with current infections. Doctors use PCR test to diagnos... July 30, 2020 0 5286 Category: Coronavirus

List Of Travel Ban Countries May Change Continuously - Govt Spokesman The Kuwait Government spokesman Tariq Al-Muzaram said that there was no exception for those coming from any country to Kuwait from presenting the PCR certificate, which is mandatory according to healt... August 02, 2020 0 4859 Category: Kuwait

Expats From 7 Banned Countries Can Enter Kuwait If They Have Stayed In Other Permitted Country For 14 Days The Directorate General of Civil Aviation stated that residents from the seven declared countries (Bangladesh, the Philippines, India, Sri Lanka, Pakistan, Iran, Nepal) is not related to the citizensh... July 30, 2020 0 4779 Category: Expats

Expatriates Who Left Kuwait After September Can Now Return Expatriate residents who have left Kuwait after September 1, 2019 can re-enter Kuwait as per a circular issued by Kuwait’s Directorate General of Civil Aviation DGCA allowing passngers to be abl... August 01, 2020 0 4767 Category: Kuwait
Popular Offers