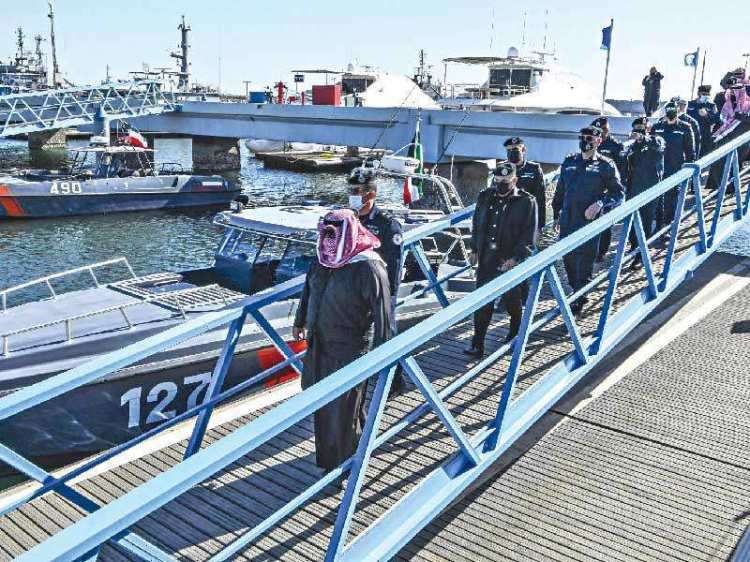 The Minister of Interior, Sheikh Thamer Al-Ali, stressed the need to amend the laws related to maritime navigation, to prevent repeated violations of the territorial waters of Kuwait, by stiffening the penalty for entering fishing boats from neighboring countries, seizing them within the regional waters, and imposing the maximum penalties for the crime of infiltration into the country.

This came during an inspection tour of the Minister Al-Ali to the Sabah Al-Ahmad naval base, a number of the country’s southern land border centers, and oil installations sites, accompanied by a number of specialized assistant agents, to review the readiness, readiness, and scrutiny of some of the negatives that hinder the maritime borders, and to discuss the means to ensure He was received by the Acting Assistant Undersecretary for the Border Security Sector, Major General Mubarak Al-Amiri, the Assistant Director-General of the Coast Guard General Administration, Brigadier General Saleh Al-Foudry, and a number of security leaders in the Coast Guard General Department.

Al-Ali said, “Coast Guard men are the watchful eyes to preserve and secure the maritime borders from any attempts targeting the homeland’s security and the safety of citizens,” noting that border security and safety have priority in the comprehensive security system.