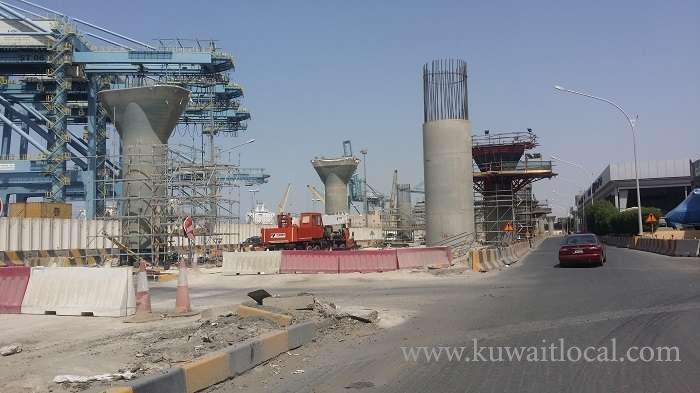 The Sheikh Jaber Al Ahmad Causeway, a key project on the state national development plan, will be among the longest bridge worldwide. It is one track for completion in November 2018.

The project, also known as the Subbiyah Causeway, aims to link south and north Kuwait, as well as coping with the increasing traffic jam over the coming three decades.

It consists of two parts: the Main Causeway that will link Kuwait City to the Subbiyah New Town area to the north, stretching 37.5 km, starting from the Ghazali Road intersection and ending at the Subbiyah highway. About 27km of it is a marine bridge structure. The second bridge, Doha Link, will be 12.4 km and will pass through the Kuwait Bay area towards the west, linking the Shuwaikh Port with the Doha motorway.

Up to 59 percent of the Main Causeway has been achieved, and 30 percent in the Doha Link, Assistant Undersecretary for Road Engineering at the Ministry of Public Works Eng. Ahmad Al-Hessan said.

He added that the Doha link aims to end traffic jams in Shuwaikh, and on the Ghazali Road resulting from the rucks using the Port.

The Sheikh Jaber Al-Ahmad Causeway also includes two artificial islands, the first to be built on a total area of 300,000 square meters near Kuwait city, and the second near Subbiyah New Town. They will have government buildings, a marina and green spaces in addition to areas for future investment projects.