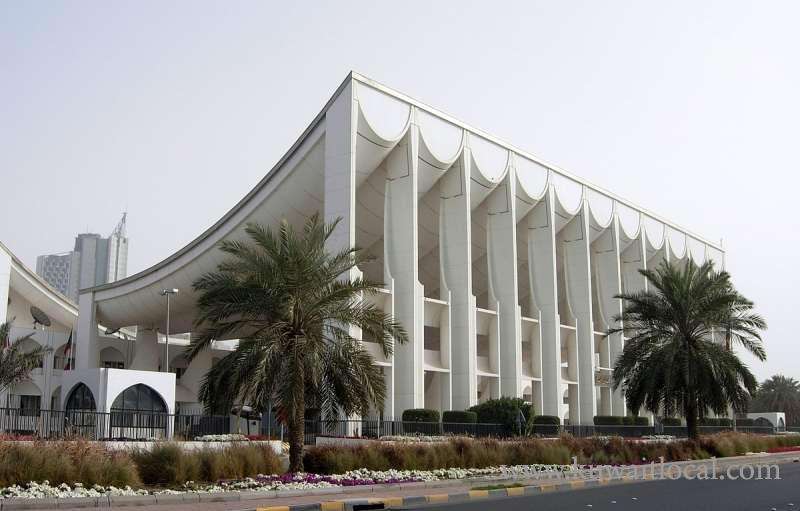 Several parliamentarians Thursday signed the ‘Jerusalem Charter’, in support of efforts to protect the legitimate rights of the Palestinians and to ensure Jerusalem remains the capital of the State of Palestine.

Meanwhile, MP Riyadh Al- Adsani said he will abstain from voting on the no-confi- dence motion which has been filed against Minister of Social Affairs and Labor and State Minister for Economic Affairs Hind Al-Sabeeh and the Minister of Oil Bakheet Al-Rashidi.

He stressed, he was the first to provide documents to the Social Affairs Minister about the Al-Thaqlain Society which claims to do charity work. He pointed out, “All issues raised in the interpellation against Minister Al-Rashidi did not happen during his time. He noted the Olympic Council put a travel ban on two accused persons in the National Assembly.

He added, “I have information on infringements in customs administration and I will ask the Finance Minister to open an investigation because according to me the administration was negligent.”

On another issue, MP Al- Adsani said he welcomed the views of all concerned parties on his proposal to replace a board member in the Public Institute for Social Security with someone from the Ministry of Commerce and Industry instead of from Kuwait Chamber of Commerce and Industry. “I am ready to hear all the points of view and exchange ideas regarding the proposal I have made because of the conflict of interest,” Al-Adsani said. In response to a question about the supervisory bodies which confirmed the existence of a conflict of interests in the board of directors at PISS, Al-Adsani said: “The Audit Bureau has confirmed there is conflict of interest.”

In another development MP Mohammed Hayef has presented a proposal to amend the rules of procedures at the National Assembly, according to which only one interpellation will be permitted for discussion at any one session except if two interrogations concern one subject or what he called closely-related interpellation. Hayef stated in his explanatory note that it was noted recently that more than one interpellation was discussed during one session, including different subjects.

He added, “This unwanted merging leads to intellectual fatigue which negatively affects the supervisory role of the MPs.”

In a related issue, MP Ahmad Al- Fadhel expressing his opinion on the current mechanism of interpellation, pointed out he is planning to issue a proposal on this issue in coordination with like-minded MPs. He pointed out, the disturbing part of this issue is the hour-and-a-half given to the presenter of the grilling to contemplate on what he wants, while in the interpretation of the Constitutional Court, is the process of a specific and accurate question without elaboration. He pointed out, the process of sorting out the key points for specific periods is important, “but we are afraid a certain MP will divide one point into 8 parts and here comes the role of the Speaker of the Parliament to examine the process and the similarity in points to be linked to each other.

Some of the interpellations, he said, are of a single issue and the query may not take more than a few minutes of the time of an MP and 10 minutes of the minister to give the reply instead of lengthy procedures to save time.