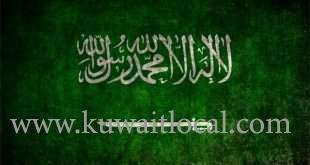 Iranian state TV said on Thursday seven Iranian fishermen detained by Saudi Arabia’s coastguard over a year ago had been returned to the country amid heightened tension between the regional rivals. “Seven Iranian fishermen who were arrested by Saudi Arabia’ border security guards over a year ago have been returned to the country,” state television reported without elaborating.

The circumstances of the fishermen being detained were not clear. Saudi authorities could not immediately be reached for comment and the release was not mentioned in the Saudi media. Iran’s Foreign Ministry declined to comment beyond confirming the release. Shi’ite dominated Iran and Sunni Saudi Arabia accuse each other of fomenting tension in the Middle East, where the two arch rivals back opposite sides in confl icts in Syria, Yemen and Iraq

Tense
Relations between the two are at their most tense in years. Riyadh, along with other Arab governments, has severed ties with Qatar, citing its support of Iran as one of the main reasons for the move. Iran has blamed Saudi Arabia for being behind deadly twin attacks on June 7 in Tehran, which was claimed by Sunni group Islamic State. Riyadh has denied that.

Iranian media reported earlier this month that, in a separate incident, Saudi border guards had opened fire on Iranian fishing boats in the Gulf, killing a fisherman and arresting three others. Iran has urged Saudi Arabia to release the trio, who Tehran said had legal documents but lost their way. The Saudi Information Ministry said it had intercepted the boat in Saudi waters on June 16 and three members of Iran’s elite Revolutionary Guards had been detained in the incident. It said the seized vessel was carrying explosives and those captured intended to conduct a “terrorist act” in Saudi territorial waters. Iran has denied the allegation.