Advanced Search
Setting Up Some Government-owned Companies Which Solved The Problem Of Food Security To Curb Rise In Prices
Category: Kuwait 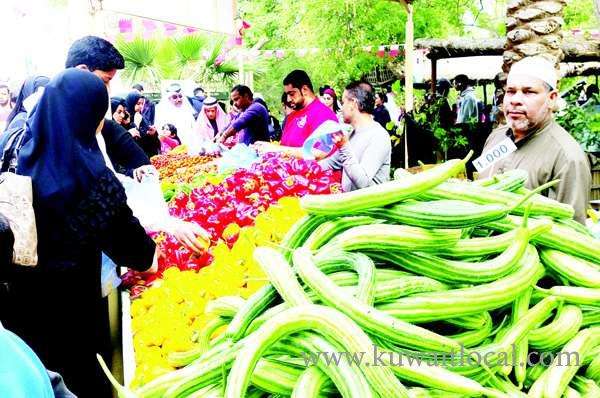 MP Abdullah Al-Kanderi has submitted a proposal to establish the government-owned Kuwait Fish and Vegetables Company in which various investment sectors in the government will own shares, disclosing that the company’s activities include production of fish and different types of vegetables for trading.

The proposal states that the company will acquire land and real estate properties for fisheries and vegetable farming.  It will transport goods directly or through a representative in or outside the country, in addition to acquiring means of land and sea transportation for this purpose, the lawmaker explained.

He said, “The company’s main objective is to stabilize prices of commodities which keep on skyrocketing without justification.  It will enable consumers to purchase fish at affordable prices and eliminate cases of hoarding fish and vegetables by some Kuwaiti and expatriate traders.”

He pointed out this proposal is essential, considering the success that Kuwait recorded in setting up some government-owned companies which solved the problem of food security such as Al-Mawashi Trading Company and Kuwait Flour Mills and Bakeries Company.

Meanwhile, MP Riyadh Al-Adsani affirmed that the grilling of Deputy Prime Minister and Minister of Interior Lieutenat General Sheikh Khalid Al-Jarrah Al-Sabah is ready for submission once the National Assembly reconvenes or even during the summer recess.

He reiterated that he previously called for appointment of a new minister for the Ministry of Interior in the interest of the nation and this will be confirmed once the grilling motion is submitted.

He told reporters that the minister should take advantage of the summer period to implement reforms, indicating this is a difficult task if the minister uses the same method.  He urged the minister to prove him wrong by addressing violations mentioned in the reports of monitoring agencies.

In another development, Al-Adsani denied the allegation that he defended the director general of Al-Durra Domestic Workers Recruitment Company because they are close.  He asserted, “This is a fallacy. The ministers will remember that I opposed the establishment of the company, so how could I influence the appointment of its director general?  It is worthy to note that the man was appointed by the board of directors after the publication of an advertisement on the need to fill up the post.”

Talking about the State budget, Al-Adsani stressed the need to adhere to the rules and regulations in this regard. He pointed out the final account shows the actual budget and the government’s extent of adherence to the rules in terms of general revenues and expenditures. He added the parliamentary Budgets and Final Accounts Committee discussed some issues raised during the grilling of the concerned minister and shed light on the expenditures of affiliated and independent agencies.

5 Year Residence For Expats And 10 Years For Expat Businessmen A new residency law will be introduced that underlines that an expat can acquire a residency visa for up to 5 years and for an expat businessman with a valid project, it is for 10 years. Among the ... August 12, 2020 2 6912 Category: Expats

After Days Of Waiting, First Flight Left To India From Kuwait Today After a long wait of more than three weeks, the flight to India resumed from Kuwait international airport today with the first flight carrying 322 Indians stranded here to Delhi. The flight, arrang... August 11, 2020 0 6114 Category: Kuwait

Allow Entry To Non-Kuwaitis From The 31 Banned Countries Who Are Related To A Kuwaiti The General Administration of Civil Aviation issued a circular to airlines operating at Kuwait International Airport allowing non-Kuwaiti passengers who have a relationship with a first-class Kuwaiti ... August 09, 2020 0 4597 Category: Travel

Steps To apply for Renewal of Kuwait Society Of Engineers (KSE) Membership And No Objection Certificate Online If you hold a engineer visa KSE membership is must and you have to renew it Every Year, Below we will explain the process about renewal KSE membership and applying NOC, this process is for who already... August 10, 2020 0 4509 Category: Kuwait Society of Engineers

Large Scale Expat Deportation Plan In Progress Planning is underway for the large scale arrest and deportation of around 126,000 expatriates living illegally in Kuwait, reports Al Jarida daily. They did not take advantage of the amnesty in April a... August 11, 2020 1 3612 Category: Expats

Only educated expats over 60 will have their residence renewed Public Authority for Manpower (PAM) has announced that expats at the age of 60 and above, without a university degree will need to make preparations to leave the country by end of this year. They are ... August 11, 2020 2 2911 Category: Expats
Related News
Visit Visa
Visit Visa
View All
Indemnity
Indemnity
View All
Dependent Visa
Dependent Visa
View All
Driving License
Driving License
View All
Project Visa
Project Visa
View All
Termination
Termination
View All
Civil ID
Civil ID
View All
Crime News
Crime News
View All