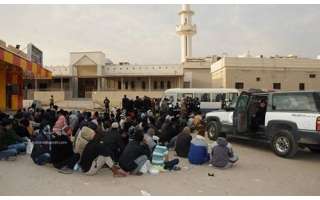 1,700 security operatives, 150 patrol teams and helicopters stormed Al-Jleeb Shuyoukh in a commando style for a campaign leading to arrest of 3,338 residency law violators and people wanted for various offenses. The operation was in line with directives from the Deputy Prime Minister and Minister of Interior Sheikh Mohammad Al-Khalid Al-Sabah. 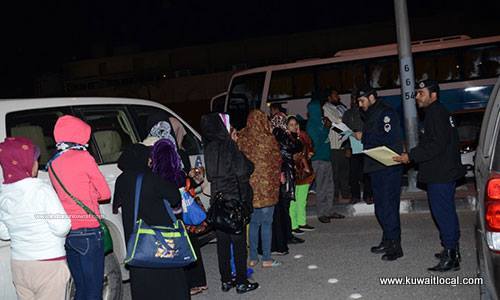 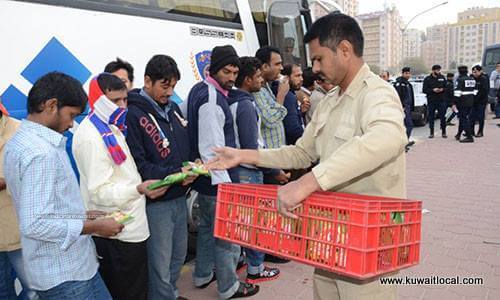 They divided the area into five parts for each command to handle one, as they stormed suspicious locations where people indulged in crimes ranging from stealing vehicles, raiding tents, shops and private buildings, in addition to illegal international call operators. The officers used movable and immovable CCTV to monitor the activities, which assisted them to trace some suspects. 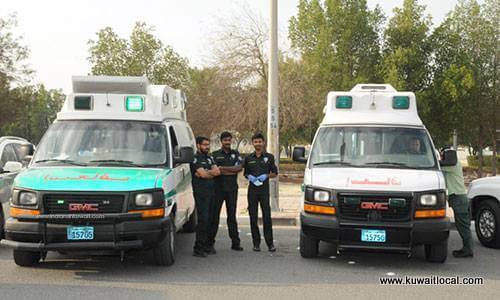 About 1,248 people were arrested for failure to produce identification papers, in addition to 305 residency visa violators, 135 wanted debtors, 63 under warrant of arrest, 123 prostitutes, 299 absconders and 16 drug peddlers. Others included 480 people with expired residencies, 23 people wanted for criminal offenses, 472 with deportation order, 5 local liquor brewers. They also closed down 38 unlicensed shops. 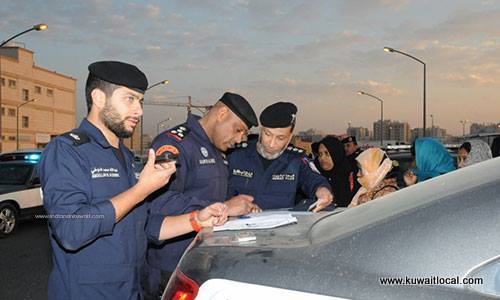 The illegal expatriates, and those wanted for various law violations are gathered in a school before being shifted to relevant departments. Above: Lieutenant General Suleiman Al-Fahad and Major General Abdulfattah Al-Ali took part in the massive campaign to round up illegal expats and criminals 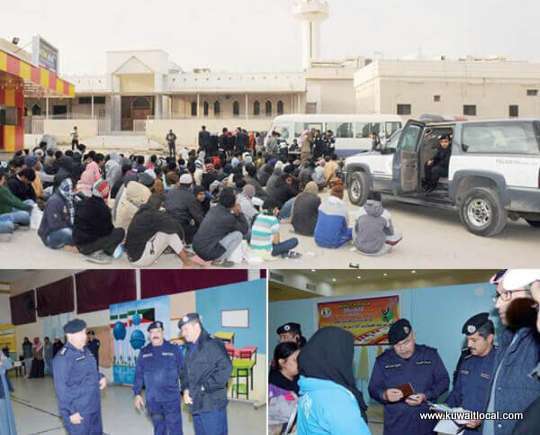 5 Year Residence For Expats And 10 Years For Expat Businessmen A new residency law will be introduced that underlines that an expat can acquire a residency visa for up to 5 years and for an expat businessman with a valid project, it is for 10 years. Among the ... August 12, 2020 2 7558 Category: Expats

After Days Of Waiting, First Flight Left To India From Kuwait Today After a long wait of more than three weeks, the flight to India resumed from Kuwait international airport today with the first flight carrying 322 Indians stranded here to Delhi. The flight, arrang... August 11, 2020 0 6290 Category: Kuwait

Large Scale Expat Deportation Plan In Progress Planning is underway for the large scale arrest and deportation of around 126,000 expatriates living illegally in Kuwait, reports Al Jarida daily. They did not take advantage of the amnesty in April a... August 11, 2020 1 6010 Category: Expats

Allow Entry To Non-Kuwaitis From The 31 Banned Countries Who Are Related To A Kuwaiti The General Administration of Civil Aviation issued a circular to airlines operating at Kuwait International Airport allowing non-Kuwaiti passengers who have a relationship with a first-class Kuwaiti ... August 09, 2020 0 4648 Category: Travel

Steps To apply for Renewal of Kuwait Society Of Engineers (KSE) Membership And No Objection Certificate Online If you hold a engineer visa KSE membership is must and you have to renew it Every Year, Below we will explain the process about renewal KSE membership and applying NOC, this process is for who already... August 10, 2020 0 4621 Category: Kuwait Society of Engineers

Only educated expats over 60 will have their residence renewed Public Authority for Manpower (PAM) has announced that expats at the age of 60 and above, without a university degree will need to make preparations to leave the country by end of this year. They are ... August 11, 2020 2 3108 Category: Expats

Only educated expats over 60 will have their resid...