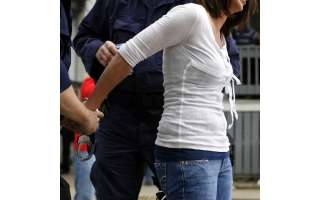 An attempt by a Saudi woman to smuggle 1,504 bottles of liquor via King Fahd Causeway has been foiled. The bottles were concealed in the bottom of an eight-metre long boat towed by a SUV driven by an Asian national.

The banned liquor was discovered as the boat was scanned by the customs citing a source it did not identify. According to the source, the involvement of the woman was meant to divert the attention of the customs officers and allow the SUV and the boat to pass without a thorough check.

However, the officers became suspicious about the unusual presence of a woman without relatives in towing a boat into Saudi Arabia, and applied the X-ray scrutiny rules, enabling them to discover the liquor bottles. The woman and the driver were arrested and an investigation was launched, the source added.

Thousands of vehicles and passengers, mainly Saudis, regularly use the 25km causeway linking Bahrain and Saudi Arabia, particularly over the weekend.

Customs officers on both sides of the causeway are actively engaged in a relentless battle against incredible ruses to smuggle people, weapons, explosives, alcohol, birds and animals, a task that has been rendered particularly challenging by the high number of daily users and commuters.

In May, Saudi Arabia foiled an attempt to smuggle RDX — a highly explosive material — and detonators intended to be used in the kingdom. The Saudi security men had doubts about the two men driving into Saudi Arabia and decided to search their car.

The inspection yielded 14 bags carefully hidden inside the back seats of the car. Officials said that 11 bags contained more than 30kg of RDX and two bags had 50 blasting caps. The last bag had a six-metre detonator cord. In March, Bahraini authorities said that they seized bomb-making material on a bus coming from Iraq via Saudi Arabia with 55 passengers on-board, mostly women and children.

“A screening of the passengers’ luggage with X-ray machines showed that one of the bags contained suspicious things,” Advocate General and Terror Crimes Chief Prosecutor Ahmad Al Hammadi said. “During a closer inspection, 140 electric detonators, 41 electric circuits that could be used in blasts, a remote control and some mobile phones were found hidden inside some electrical appliances in the bag.”

The causeway was opened on November 26, 1986 by the then rulers of Saudi Arabia and Bahrain King Fahd Bin Abdul Aziz and Shaikh Eisa Bin Salman Al Khalifa.