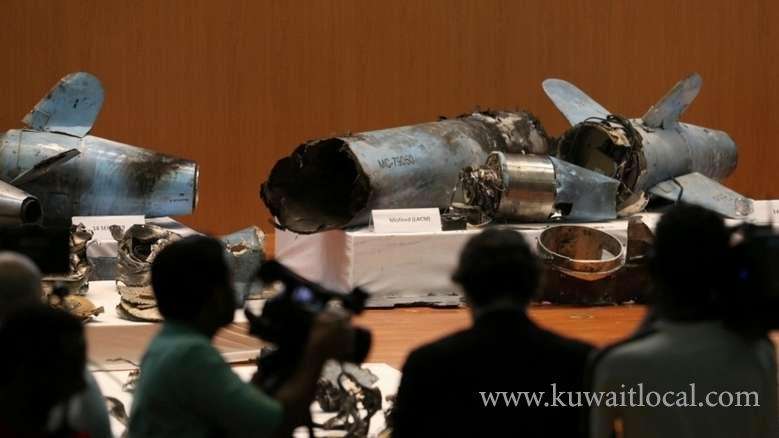 Saudi Arabia alleged on Wednesday that Iranian cruise missiles and drones attacked the heart of the kingdom's oil industry, showing journalists the remains of the weapons. Iran denies being involved and has threatened the US it will retaliate "immediately" if Tehran is targeted over the attack, which was claimed by Yemen's Houthi rebels.

The news conference by Saudi military spokesman Col. Turki Al Malki comes after a summer of heightened tensions between Iran and the US over President Donald Trump unilaterally withdrawing America from Tehran's 2015 nuclear deal with world powers.

The US has said Iran was behind the attack on Saudi oil installations this weekend.

"The attack was launched from the north and was unquestionably sponsored by Iran," Al Malki told journalists.

The news conference took place with a backdrop of broken and burnt drones and pieces of one cruise missile collected from the attacks.

Al Malki described the drones as "delta wing" models, which looked like large triangles. The cruise missile had a small jet engine attached to it, he said.

Eighteen drones and seven cruise missiles were launched in the assault, Al Malki said, with three missiles failing to make their targets. He said the cruise missiles had a range of 700km, meaning they could not have been fired from inside Yemen. He played surveillance video he said showed a drone coming in from the north.

"This the kind of weapon the Iranian regime and the Iranian IRGC are using against the civilian object and facilities infrastructure," he said, using an acronym for Iran's paramilitary Revolutionary Guard.