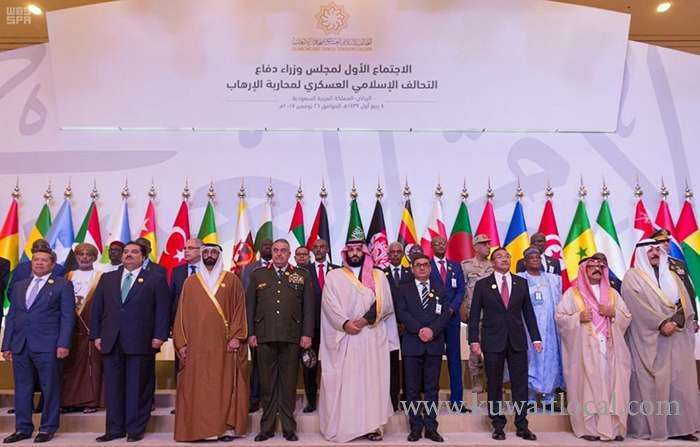 Speaking during the first meeting of defense ministers of the Saudi-led Islamic Military Counter Terrorism Coalition (IMCTC), where a Kuwaiti delegation headed by defense minister Sheikh Mohammad Al-Khaled Al-Hamad Al-Sabah is present, the Saudi Crown Prince stressed that "the Islamic faith will never be sullied."

Prince Mohammad bin Salman, who is also the Kingdom's Deputy Prime Minister and Minister of Defense, described the meeting as "very important," given how terrorism has run rampant and unchecked in the last few years.

On a related note, he extended his heartfelt condolences to the people of Egypt in the wake of an attack on a mosque in the country's northern Sinai Peninsula, where more than 200 people lost their lives in what appeared to be the deadliest assault on Egyptian civilians.

Meanwhile, the Islamic coalition's military commander and retired Pakistani General Raheel Sharif said that the Islamic military alliance was formed due to the complexity of the fight against terrorism.

Officials from 41 nations have assembled for the IMCTC meeting, which outlines efforts and initiatives taken to keep terrorism at bay.