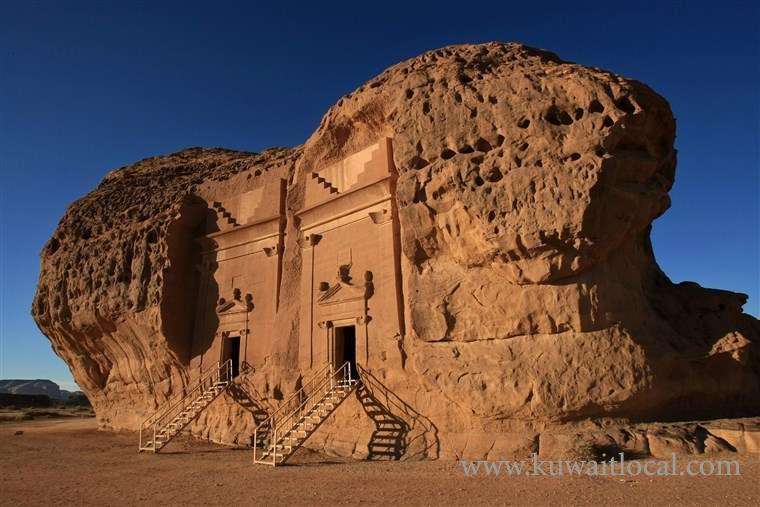 Saudi Arabia—Saudi Arabia is opening the ultraconservative kingdom to tourists for the first time, easing restrictions for foreign visitors as part of Crown Prince Mohammed bin Salman’s initiative to diversify the oil-dependent economy.

Visas had been restricted to Muslim pilgrims and business and diplomatic visitors, but on Friday the kingdom said its new online visa portal would be open to visitors from 49 countries, including the U.S. and major European and Asian countries.

“Opening Saudi Arabia to international tourists is a historic moment for our country,” said Ahmad al-Khateeb, chairman of the Saudi Commission for Tourism and National Heritage.

The change to visa rules comes two weeks after debilitating attacks on Saudi oil facilities, for which Riyadh and U.S. officials blamed rival Iran, raising fears of a broader conflict in the region. Tehran denied involvement. The drone and missile strikes took out half of Saudi Arabia’s crude production and raised questions about security in the kingdom, a top military spender.

It also comes days ahead of the first anniversary of journalist Jamal Khashoggi’s murder by Saudi government agents, an incident that sparked widespread international criticism of the kingdom. Mr. Khashoggi, a critic of the Saudi leadership, was brutally killed inside the Saudi consulate in Istanbul. A Central Intelligence Agency assessment concluded last year that Prince Mohammed ordered the killing. Riyadh has denied the crown prince’s involvement.

The murder, which shattered the crown prince’s global image, slowed foreign investment in the kingdom and complicated Prince Mohammed’s plans to overhaul the Saudi economy to make it less dependent on oil.

The introduction of tourism visas comes at a moment of economic fragility for Saudi Arabia, as it struggles to jump-start non-oil industries.

Saudi officials said the aim is for tourism to contribute up to 10% toward the country’s gross domestic product by 2030, compared with 3% now. The kingdom hopes to attract significant foreign and domestic investment, helping create a million jobs, improve infrastructure and develop heritage, cultural and entertainment sites.

Until now, Saudi Arabia has hosted millions of Muslim pilgrims journeying to the holy cities of Mecca and Medina, an important source of income for the Saudi government. But it has no broad system for nonreligious tourists other than citizens of its Persian Gulf neighbors.

Under the new program, tourists would be charged around $120 for a visa that would be valid for one year and include multiple entries, with a maximum 90-day visit each stay.

The effort is meant to make visiting Saudi Arabia as easy as traveling to neighboring Arab tourist hot spots such as Dubai, The Wall Street Journal reported in March.

But the kingdom’s plan faces challenges: More international visitors would be a test for a kingdom that doesn’t allow alcohol and customarily requires even foreign women to wear a body-length, robe-like dress called an abaya.

“Women should cover shoulders and knees in public,” a Saudi spokeswoman said, in what appears to be a relaxing of the abaya requirement.

“Both men and women are asked to dress modestly in public, avoiding tightfitting clothing or clothes with profane language or images,” she said.

Saudi Arabia is hoping that the combination of the land’s ancient history and technological innovation will attract tourists who may have been turned off by its strict laws. These include Unesco World Heritage sites such as Madain Saleh in al-Ula, the second-largest conserved site of the civilization of the Nabataeans after Petra in Jordan, and the futuristic city of Neom, which is currently under construction.

The success of one of Prince Mohammed’s projects, a new resort city on the Red Sea coast, depends on international tourism taking off. Saudi officials also see tourism opportunities for desert safaris in the vast Empty Quarter region.

In recent months, Saudi authorities also have organized a series of events aimed at drawing foreign tourists, including a Formula E car race, a professional golf tournament and concerts featuring Andrea Bocelli at the ruins of an ancient Arabian trading post, al-Ula.