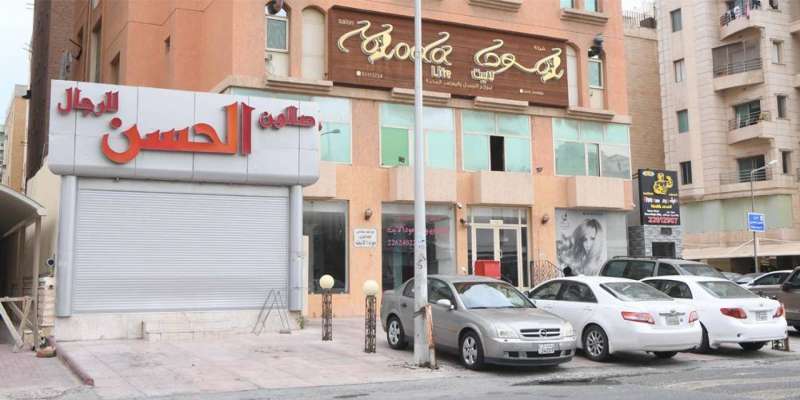 With the ban on the activities of health institutes and salons coming into effect from today (Sunday), their owners have strictly adhered to the closure decision, in light of the intensification of the health requirements committee formed by the Council of Ministers its rounds to ensure that the decision is not violated.
The owners of those institutes adhered to the decision at an early date, as at midday last Saturday their headquarters closed their doors, confirming their return to activity in the event that government agencies officially announce the matter.

In this regard, Tariq Asad, head of the Barber Shop Union, assured Al-Qabas that "everyone is committed to the decisions issued by government agencies," noting that only objection was to the implementation mechanism. Asad said, "We will submit the recommendations of the Union and its reports regarding ensuring work in accordance with the required health requirements without harming project owners and workers."

There is a meeting with a parliamentary ministerial committee that will meet soon and discuss the return of activities, consisting of the Minister of Health, the Minister of State for Cabinet Affairs and two members Parliament.

In the context, the inspection of prohibited activities began today, through the committee concerned with following up the application of health requirements, which consists of the Kuwait Municipality, the Ministry of Interior, the Public Authority for Manpower and the Ministry of Trade, as they met yesterday and set controls through which activities that violate the decisions of the Council of Ministers are followed up.

Official sources said that the committee divided its teams among the governorates according to the Nubia system, so that its work begins at 7 pm, and its tours start on the areas of commercial complexes, shops and various activities in the governorates from 8 at night until 5 am.

She indicated that the recommendations that the committee will make during the first four days of implementing the decision are to warn the owners of the shops and to make sure that the activities are closed and the violators are monitored.

The committee shall alert the violator the first time, and then move to the stage of violations that will be aggravated, including the withdrawal of shop licenses and their cancellation in the event of a recurrence of the violation, canceling the residency of workers in the activity and referring them to deportation, and placing a code on the employer through the Public Authority for Manpower.

8 procedures for following up government decisions

1- Distribution of the concerned inspection teams to the governorates.
2- Work according to the shift system from 7 pm to 5 am.
3- Inspection tours start on the complexes, shops and activities covered by the decision.
4- The committee will prepare recommendations during the first four days of implementing the decision.
5- Starting a warning to the owners of the violating stores.
6- Moving to the stage of imposing penalties and withdrawing licenses in case of non-compliance.
7- Cancellation of the shop’s licenses in case of repeated violation and removal of workers.
8- Placing a code on the employer through the Public Authority for Manpower.

The Salon Federation called on government agencies, especially the Ministry of Health, to “explain the mechanism by which the closure decision was issued for salon and club activities,” especially since “salons were and are still keen to implement the requirements accurately. He stated that all business owners and salon workers were keen to ensure that they were free of the virus, through special examination centers and evidence, in addition to continuous sterilization to protect customers, wishing to reverse the closure soon.