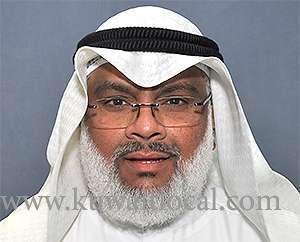 Acting Chairman of the State Audit Bureau Adel Al-Saraawi has recently met a visiting delegation of the internationally renowned rating agency Fitch, discussing Kuwait’s 2019 sovereign rating. Sulaiman Al-Busairi, the Assistant Undersecretary of the supervision sector for ministries and government departments at the bureau, said in a statement to Kuwait News Agency (KUNA) on Saturday that the delegation visit came in light of the bureau various positive achievements and oversight tasks.

The delegation, which visited the country on March 4-8, sought to get acquainted with the Audit Bureau experience, its legal jurisdictions, coordination with relevant bodies, namely the National Assembly (the Parliament) and the Cabinet. Representatives of the bureau, during the meeting with the Fitch team, filled the guests in about annual reports, Al-Busairi said. In an unprecedented move, the Cabinet had hosted the bureau chairman, ranking and technical personnel to discuss topics enclosed in the latest report.

Pledged
The government has pledged to take the bureau remarks in these reports into consideration, take necessary measures for reforming the public administration, bring to account civil servants suspected of slackness, negligence or misappropriation of public funds, Al-Busairi said.

The two sides, during the meeting, touched on the Audit Bureau report regarding high-hazard issues and its views on partnership between the private and public sectors. The Kuwaiti side presented the co-conferees with the first edition of “Al-Muwaten (Citizen) Report” that included key remarks by the bureau with respect of the 2017-2018 fiscal year and some financial issues.

It has been determined that each dinar spent on the bureau works leads to saving 5-6 dinars, the bureau official explained to the guests. The diwan officials had also briefed the Fitch delegation about diverse work mechanisms, such as holding debates with authorities suspected of irregularities and briefing the parliamentary budgets and financial account committee of the registered shortcomings and flaws.

Meanwhile, a Kuwaiti parliamentary delegation left the country on Saturday for official visits to Azerbaijan and Uzbekistan scheduled between March 10 and 16. The delegation of the First Kuwaiti Parliamentary Friendship Group is headed by MP Khaled Al-Otaibi, including MP Mohammad Al-Mutairi, said Al-Destour news network in a press release. The visits come as part of efforts by the National Assembly to enhance diplomatic ties and develop cooperation with parliaments of friendly countries.

In the meantime, head of the visiting Kuwaiti Economic delegation and Kuwait Chamber of Commerce and Industry’s (KCCI) treasurer Abdullah Al-Humaithi affirmed on Friday the success of their visit to Florence, Italy, that aims to boost economic relations between the two countries. Al-Humaithi said in a statement for KUNA, that the delegation toured around the world for the purpose of strengthening Kuwaiti economic ties.

This visit is an opportunity for the delegation, consisting of Kuwaiti economists and members of the Kuwait Chamber of Commerce and Industry (KCCI), to experience all possible potentials to improve the Italian-Kuwaiti ties, he continued. “These visits helped pave the way for future economic cooperation between Kuwaiti and Italian companies,” he added.

Similar fashion, members of the Kuwaiti delegation expressed in various statements keenness to explore business opportunities in Italy, which will have numerous economic benefits for both countries. On his part, Charge d’Affaires at the Kuwaiti embassy in Italy, Sami Al-Zamanan, expressed his happiness over the success of this important visit that will help broaden the way for future economic cooperation between the two countries.