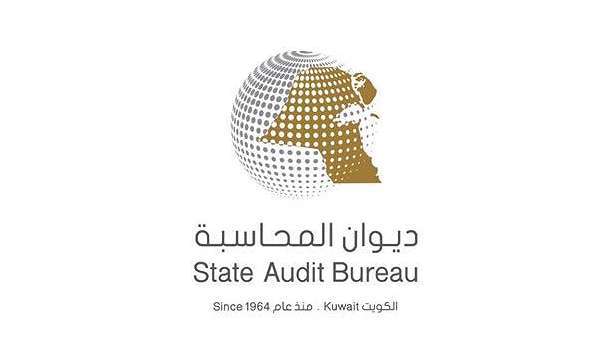 State Audit Bureau has alerted Kuwait Awqaf Public Foundation to follow up dozens of endowment properties outside Kuwait that were forgotten and neglected for decades, reports Al- Qabas daily.

A recent report of the bureau stated that “during the examination and review, endowment properties outside the State of Kuwait were not properly managed by the Secretariat, and related endowment arguments were not implemented.” It indicated that Real Estate Investment Department did not follow up on the endowment properties under the pretext of their lack of competence in foreign real estate and competence to manage local real estate only, in contravention of the functions and functional objectives of the administration.

This made it impossible to access data for those real estate, which include the property’s book and market value, the proceeds collected, property leases and trust procedures in collecting and transferring the proceeds.

The bureau affirmed that competencies of the Awqaf Foundation require following up local and international economic conditions and their variables, as well as their implications for investment decisions, while proceeding with management, sale and purchase of real estate of all kinds. It called on the foundation to play its role and not disrupt the development of assets and implement endowment justifications to follow-up on those real estate, their development, and maximize their revenues.

Forgotten
The report pointed out that the forgotten endowment properties are distributed in a number of Arab countries such as Saudi Arabia, Lebanon, Syria, Iraq, Egypt and the UAE, as well as the European countries, including Switzerland. In reaction to what Al- Qabas published in its two editions on Aug 30 and Sept 13, responsible sources revealed that the Real Estate Investment Department of Kuwait Awqaf Public Foundation proposed a tender for a contracting company to implement, construct, maintain and restore dozens of neglected endowment real estate assets in Kuwait.

The selection of the contracting company is expected to start at the end of October or latest in early November. The sources indicated the foundation neglecting endowments over the past years led to the loss of the opportunity in achieving millions of dinars in returns, in addition to the failure of 17 properties to achieve income in the year 2019 with market value estimated at 15.3 million dinars, thus hindering the development of assets and the implementation of endowment justifications for their purposes.

In addition, concerned sources were surprised that Kuwait Awqaf Public Foundation maintained a contract with a real estate company to manage the endowment real estate despite it suffering severe default. The foundation’s audit committee learned of the low level of financial conditions of this company due to the resignation of a number of its officials and the suspension of trading on its shares on the stock exchange.

They wondered why the insistence on entrusting the task of managing real estate endowments to a company whose officials were recently dismissed by the Capital Markets Authority and imposing on them millions of fines due to the great violations they made while managing the real estate company that is still managing the money of the deceased philanthropists of Kuwait. Sources pointed to a report issued by auditor of the stalled real estate company containing many fundamental reservations, which reached the point of questioning the company’s ability to meet its outstanding installments amounting to 10 million dinars for the benefit of banks.