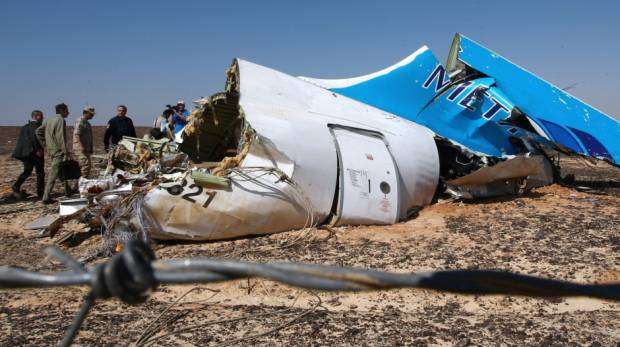 Russian President Vladimir Putin on Tuesday blamed terrorists for the air crash in Egypt that killed 224 people and vowed to punish those who carried out “one of the bloodiest crimes” against Russians as the country's security agency announced a $50 million (47 million-euro) reward for information leading to capture of those responsible.

The Russian Federal Security Service (FSS) said on Tuesday that traces of explosives were found in the debris, and confirmed that a bomb went off on the Russian plane that crashed in Egypt in October, news agency Ifax reported. The FSS later said it would pay "$50 million for information helping to arrest the criminals."

“Not for the first time, Russia is confronted with barbaric terrorist crimes,” Putin said in comments broadcast on Tuesday at meeting with defense and security chiefs. “We won’t wipe the tears out of our souls and hearts. This will remain with us forever. But it won’t stop us from finding and punishing the perpetrators.”

Putin’s confirmation of a terrorist attack follows UK and US warnings that a bomb may have downed the Russian aircraft after it left the Egyptian resort of Sharm Al Shaikh on October 31 bound for St. Petersburg.

Daesh in Egypt’s Sinai peninsula has claimed it blew up the aircraft in retaliation for Russia’s bombing campaign in Syria against the organization and other militants fighting the regime of Syrian President Bashar Al Assad.

Putin pledged to step up air strikes in Syria. “The combat work of our aviation in Syria must not only be continued. It must be intensified so that the criminals understand that vengeance is inevitable,” Putin said.

He also vowed to “find and punish” those behind the Sinai plane attack.