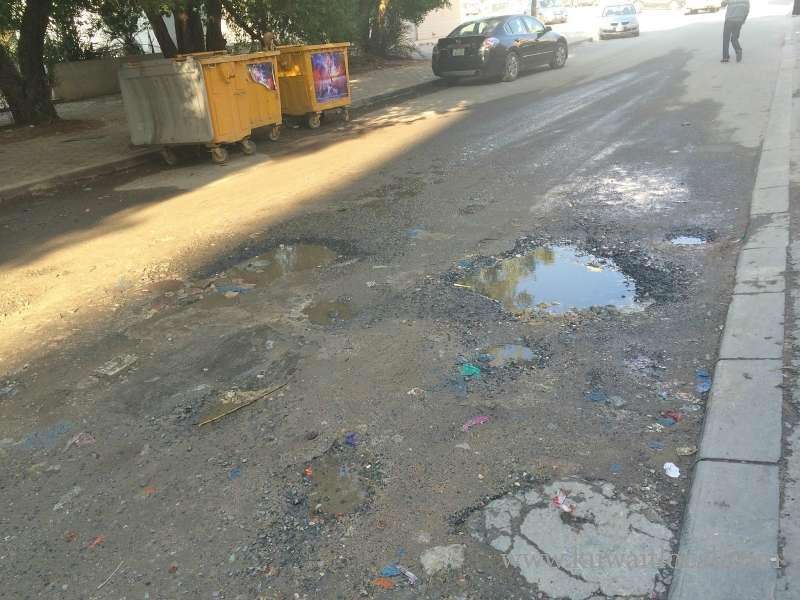 Sources familiar with the Ministry of Public Works said the road repair plan, which began in April, will not end according to its timetable, but will continue for next year as well, reports Al-Anba daily.

The sources pointed out that there are three obstacles to the maintenance work, most notably the failure to get additional budget from the Ministry of Finance, the lack of approvals from regulatory bodies such as the Central Tenders Committee and the Audit Bureau.

The sources pointed to the lack of cooperation of the five asphalt mixing factories approved by the ministry — 3 working with ministry and the other two with the Roads Authority. The sources said the third obstacle, is the failure of the General Traffic Department (GTD) of the Ministry of Interior to work in coordination with the Ministry of Public Works during the month of Ramadan, where GTD protested against the lack of appropriate roads to avoid increasing congestion and disrupt the interests of citizens.

The sources added a number of approved factories give priority to the asphalt materials and mix for their existing projects, while there are factories waiting for those who pay more, and therefore control the materials market which affects the program for repairing roads and the Ministry of Public Works confirmed as a result more than one kilometer of road cannot be repaired in one day.

The sources pointed out that the Ministry has several options to avoid these obstacles, including: addressing the Ministry of Finance to provide additional budget to continue the repair work and sign contract with new plants for asphalt materials since there are about 27 factories.