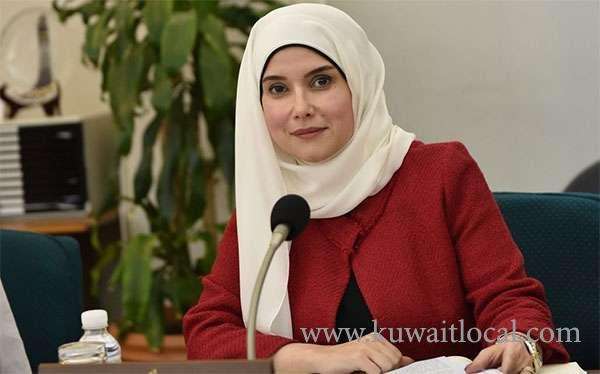 The Minister of Public Works Jinan Boushehri said 114 sites in 66 districts in the provinces of Kuwait were affected by the heavy rain water which hit the country last November, unlike highways.

In response to a question by MP Khalil Al-Saleh, Boushehri said the ministry has begun the road repair procedures in accordance with the contractual terms of guarantee with the companies for a number of sites damaged by the rain wave in Kuwait.

The statistics of the affected areas, which witnessed asphalt volatilization, showed that the Capital Governorate was the hardest hit, with 47 sites in 18 areas.

The Mubarak Al-Kabeer Governorate ranked second with 27 locations in eight different areas; Hawalli and Al-Jahra have 12 locations in 12 districts for each governorate; Al-Farwaniya and Al-Ahmadi are equal in terms of the number of sites affected — 8 sites in 8 areas each.

Boushehri explained that the procedure for repairing and paving the affected roads is to scrape the surface layer and re-pave at the expense of the contracted companies, especially since some of them are still in the warranty period. She added that the ministry has addressed the aforementioned companies to repair and remedy the existing damages according to the contractual conditions. She added, the ministry will re-study the type of mix used in the methods and procedures of implementation.

Boushehri pointed out that the Highway Maintenance Department of the Public Authority for Roads and Land Transport has estimated the cost of repairing the damaged parts.