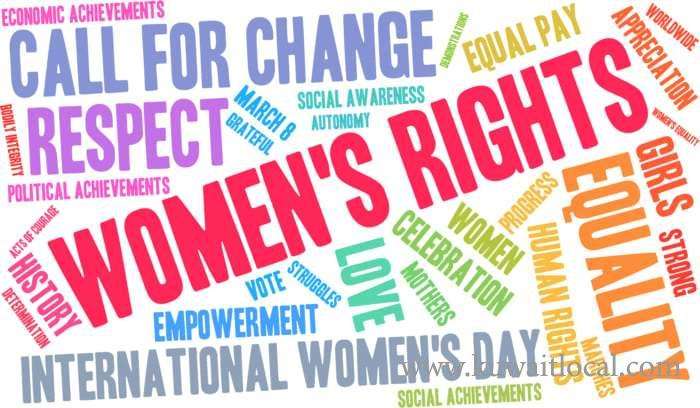 The Kuwait Society for Human Rights celebrated International Women’s Day with a Declaration to Women Political Empowerment, which was issued on Friday at the Millennium Hotel in Kuwait.

The Declaration was a product of a whole day’s dedicated efforts of experts, women rights activists, national and international NGOs, employees concerned with law enforcement and university students who are all cooperating together to bring a new horizon for women participating in political life in the framework of the KSHR efforts in protecting women’s rights and enforce their role in decision making; such an event comes also as a reflection to the state’s intention to protect human rights under the umbrella of humanity carried by His Highness the Amir of this country.

The workshop, which lasted for one day, was organized in cooperation with the Commission of the European Union and the women Peace Leaders Initiative in Kuwait, with 45 participants from different local regions.

The workshop discussed the political reality of women and the challenges that accompany them, discussions and presentations on various topics that contribute to the political empowerment of women in Kuwait.

The workshop also discussed the importance of having a quota system to ensure women participation in political positions, also spoke about gaps and shortfalls in national laws that stand as a barrier between women and their rights to be involved in political work, as well as the role of women in building peace according to the Security Council Resolution 1325 (Peace).