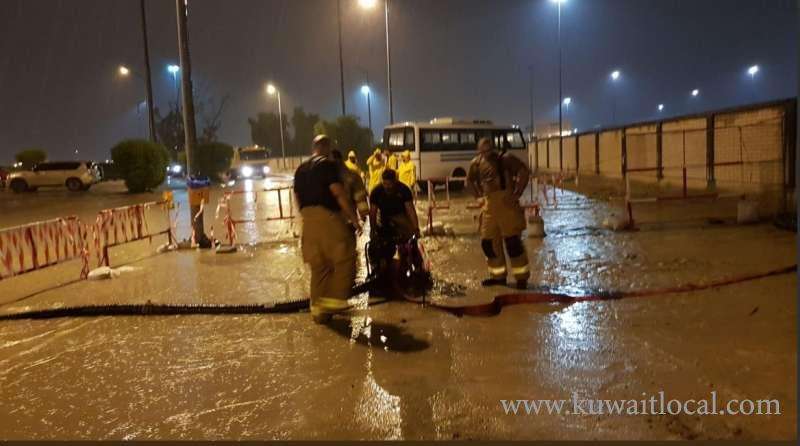 The people living in the Sabah Al-Ahmad city will continue indefinitely to suffer from the water flooding problem, reports Al-Rai daily.

The daily says, according to what has come to the notice of the daily, is due to the refusal of the State Audit Bureau (SAB) to award the tender to supply pumps and pipes to move the water to the reservoirs of the Public Authority for Agricultural Affairs and Fish Resources (PAAAFR).

The Audit Bureau says the ministry has failed to comply with the approval of the Central Agency for Public Tenders regarding condition of floating the bids which included a single prerequisite for qualification, that is to say to be limited to the companies categorized for road works activities.

On the other hand, the sources revealed that the companies, which were excluded (6 companies) after the November rain crisis last year, received letters from the technical sectors of the ministry to address the shortcomings identified by the fact-finding committee in some of its projects.

The sources pointed out that the issue of clearance awaiting companies after they submitted what they said that they deal with the damage will be discussed during a meeting of senior ministry officials with the Minister of Public Works Jenan Ramadan.

The sources explained that the decision to lift the suspension of companies that have complied with the decision of the Grievance Committee by addressing the shortcomings in some of its projects, will participate to the implementation of some of the projects that have been awarded to some of these companies