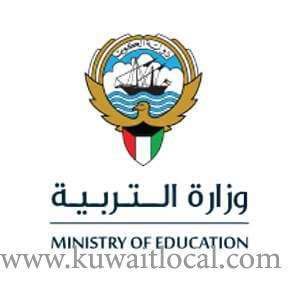 The idea of replacing expatriate teachers with Kuwaitis seems realistic now more than ever, seeing the current number of Kuwaiti female teachers, which is enough in achieving the replacement plan, reports Al-Rai daily.

As per a memo sent by Ministry of Education to the Parliamentary Committee on Replacement and Employment Crisis, the case is contrary to that of Kuwaiti male teachers. It noted only 10 Kuwaitis currently teach physics while 20 are teaching chemistry compared to 330 expatriates who teach physics and 333 others teaching chemistry.

It reiterated the Kuwaiti women teaching psychology, philosophy, physics, chemistry, biology, geology, mathematics and English language have increased significantly to almost half the number of expatriate teachers, while their male counterparts who teach the same subjects continue to dwindle in number.

The memo revealed a total of 17,894 people teach those subjects, of which 12,726 are female and the remaining 5,168 are male, affirming Kuwaiti female teachers account for 6,630 of the number and their male counterparts constitute 884.