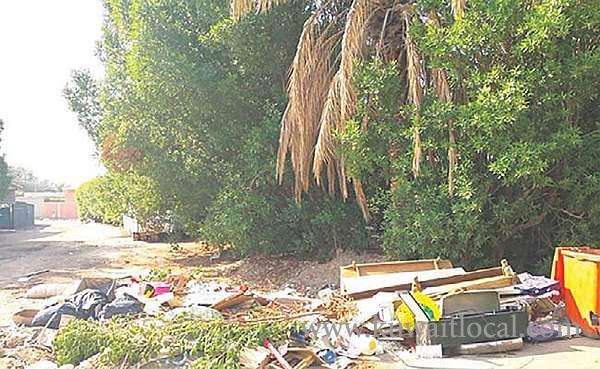 A number of Municipal Council members have asked the Public Sanitation Department in Kuwait Municipality to impose administrative penalties on anyone proven to have violated regulations, especially with the start of the camping season. One of the members, Abdulsalam Al-Randi, stressed the importance of raising citizens’ awareness on environment protection, in addition to taking action against the companies in charge of cleaning public areas including the camping sites. He called for a Municipal Council session to discuss the sanitation issue, pointing out that the methods of cleaning are primitive.

He suggested the camping sites should be divided into blocks to facilitate the tasks of the Public Sanitation Department, Ministry of Interior and firefighters to ensure quick response in case of emergency. Another member, Ahmad Al- Enezi, urged the Public Sanitation, Road Occupancy and Safety Department at the Capital branch of the Municipality to find a plausible solution to the pile of waste in Doha which has been there for weeks.

He disclosed that he received complaints from several residents in the area, indicating a large quantity of waste accumulated for weeks at the centers allocated for collecting waste. He added the collected waste should be removed immediately, instead of leaving them at the collection points for weeks

In a statement, Acting Director of the department Saoud Al-Harbi said the field campaigns were carried out by Ardiya, Khaitan, Omariya, and Farwaniya centers affiliated to the department, adding that the campaign aimed at removing anything that distorts the beauty of these areas. He stressed that the owners, before their vehicles are lifted, are warned as the department puts warning stickers on those vehicles.