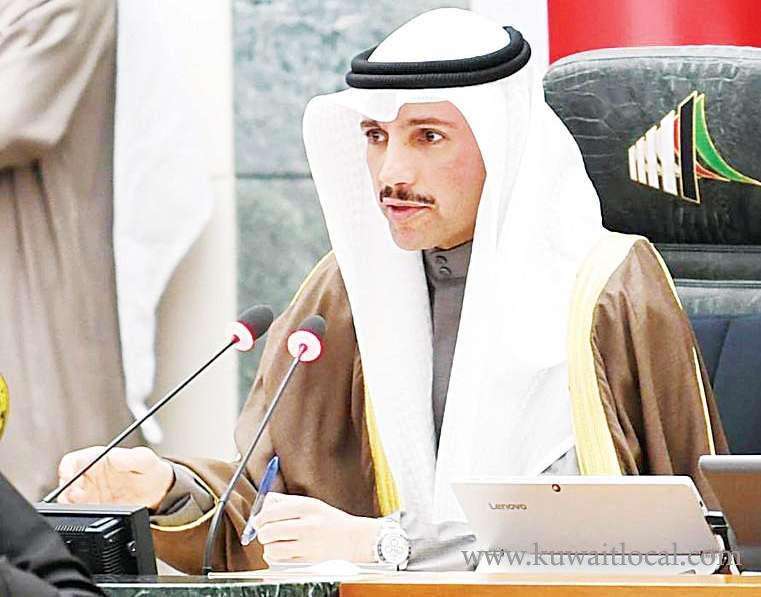 In Kuwait, National Assembly Speaker Al-Ghanim stressed that the recent regional developments should promote national unity and vigilance in the country. Regarding developments, Al- Ghanim tweeted that the matter foreshadows seriousness, which requires rationale, social solidarity and support for the political leadership.

He pointed out the country had earlier triumphed over more difficult situations, owing to the unity of its people and their determination to overcome conflicts and prioritize the interests of the nation and the future generations. He warned that recent developments in the region will most likely lead to a crisis; hence, the need for unity among the people, support of the political leadership, mature and calculated approach in addressing such developments, and dodging unnecessary political reaction and irresponsible behaviors.

In addition, a number of MPs stressed the importance of commitment to national unity and loyalty to the leadership of Kuwait represented by His Highness the Amir Sheikh Sabah Al-Ahmad Al-Jaber Al-Sabah in reaction to the recent killing of Quds Force Commander Soleimani by American drone strike.

Interior and Defense Affairs Committee Chairman MP Askar Al-Anzi called on the government to take all the necessary procedures and avoid sectarian speech and provocative action. He stressed the importance of strengthening national unity and standing behind the wise leader – His Highness the Amir Sheikh Sabah Al-Ahmad Al-Jaber Al-Sabah.

MP Adnan Abdulsamad criticized the attack, citing targeting the Popular Mobilization Committee and assassinating those who protected the region against DAESH and devoted themselves to protecting Jerusalem as stupid acts of American President Donald Trump. He said such acts will not only pave way to endless disputes but will also accelerate the American occupation of Iraq.

MP Naif Al-Merdas said, “When the Americans assassinated leaders of the Popular Mobilization Committee and sectarian terrorism, it means they are now looking for new tools to carry out their plan to divide the Muslim world. Who is next?” MP Abdullah Fehad urged the government to declare the highest security alert level, ensure the readiness of the Kuwaiti Army, close Doha Port, and guarantee ample supply of basic commodities.

MP Muhammad Husain Al-Dallal underscored the importance of taking emergency procedures to deal with the consequences of the Iranian-American dispute. He also stressed the need to establish a crises management institution.

MP Riyad Al-Adasani appealed to the government to focus on the security situation, reminding that the Iranian regime and the Revolutionary Guard had earlier planted terrorist cells in Kuwait like the Iranian spies and Abdally Cell. He said protecting national unity entails confronting whoever wishes evil for Kuwait. He added national unity weakens once somebody is allowed to praise those involved in targeting the internal security of the country, including those who participated in the terrorist attacks on Kuwait such as the attempt to assassinate HH the late Amir, hijacking of Kuwaiti aircraft (Kazma) and bombing of embassies.

He was referring to Iranian politician, military commander and Deputy Chief of the Popular Mobilization Committee Abu Mahdi Al-Muhandis. MP Ouda Al-Rewai’e called on the relevant authorities to take measures which must be in harmony with efforts to strengthen national unity.

MP Saleh Ashour said the entire region currently lies on top of an erupting volcano where those with special interests want to impose their will by using power. He urged the people and leadership to strengthen national unity; otherwise, everyone will pay a huge price.