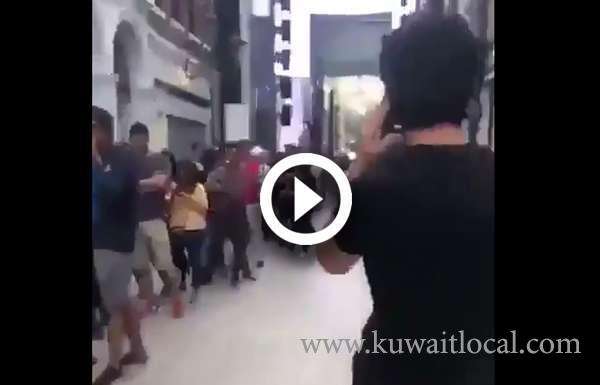 Local shopping malls have finally been very excited, after racing to buy branded name shoes, to the point where the residents and citizens waited in long queues beginning from 4 am to get a pair of shoes, the pair of shoes that cost between 85 and 95 dinars and $220 at world level, reports Al-Rai daily.

This happened when one of the world famous companies announced on its social networking program Instagram the launch of a new version of ‘shoes’ last Friday knowing that this version is the tenth in 2019, and explained that the new version of the shoe will be for men and women, but available in limited quantities.

The enthusiasm of fashion lovers and participation in the new version will be black for the first time, and will reflect the low light threads.

According to the announcement, the number of this version is limited worldwide and only 10,000 pairs were available which means only 10,000 people in the world will be able to buy a pair. Following the announcement many citizens and residents lined up in front of the shops that announced the sale.

In fact, this is not the first time that the brand has announced the sale of limited editions, both in the world and in Kuwait. The event is a tradition that the company has followed more than once, sometimes annually.

There is more than one reason why this occasion was characterized locally by the crowding, especially by the citizens. First, it came during the Eid holiday. In addition, the launch of this product was black for the first time in the company’s history as this color has stimulated more customers to afford to wait. In addition, black market traders contributed to the hustle and bustle.

The expected stampede encouraged the shoe dealers to open a back door to black market traders looking for a business opportunity, taking advantage of the highly anticipated competition between those wishing to buy the shoe at any price. In light of the increased demand it far exceeded the supply, and the price of one pair to 3 times more, specifically at 230 dinars.