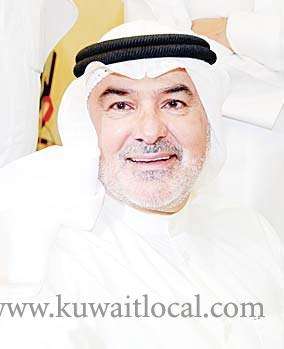 MP Saleh Ashour has called on Minister of Commerce and Industry Khaled Al-Roudan to protect the rights of citizens in regard to the terms and conditions stipulated in the Memorandum of Understanding (MoU) signed by the Philippines and Kuwait on the employment of domestic workers.

Amongst these terms is for the State of Kuwait to ensure that workers retain the right to hold their passports and mobile phones, which are usually left in the hands of employers.

Ashour asked the minister to take into consideration the ramifications of implementing such terms; explaining that once the worker commits a crime, he will be able to leave the country without facing the consequences.

He stressed the importance of putting a condition requiring the worker to acquire a written permission from the employer to exit the country, or at least allow the employer to keep passports as insurance.

In another development, the parliamentary Job Crisis and Employee Replacement Committee invited State Minister for Cabinet Affairs Anas Al-Saleh and Minister of Social Affairs and Labor Hind Al-Sabeeh to its meeting on Monday to discuss the progress of the implementation of the replacement policy in the public and private sectors.

Committee Rapporteur MP Safaa Al-Hashem told the press after the meeting that the government’s contradicting statements on this subject were highlighted at the meeting. She pointed out certain positions should not have been filled by expatriates in the first place; considering the number of unemployed citizens reached 12,000 and this number has not decreased since the implementation of the policy.

The MP said the government recently announced that it has replaced 3,108 expatriate employees with Kuwaitis, but the truth is the government merely ended the contracts of 1,431 expatriates. She argued, “There is a difference between replacing and ending,” asserting she understands there are some positions which cannot be filled by Kuwaitis as it goes against the social norm.

Moreover, Al-Hashem disclosed the minister of oil sent an official letter stating that more than 1,700 positions are available in the oil sector alone; “yet several Kuwaiti engineers are still sitting at home, jobless.” Therefore, the committee approached the Civil Service Commission (CSC) in this regard and the latter informed the committee that some female engineers have rejected these positions citing remote location of the workplace. The committee then requested for the names of these engineers and the commission has not responded until now.