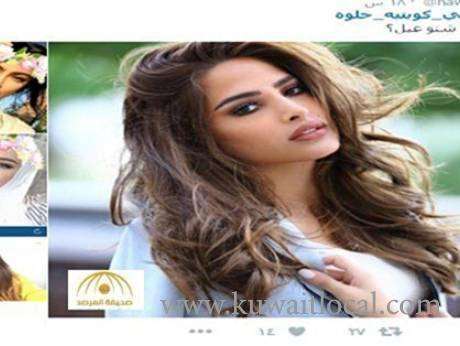 A hashtag denigrating the looks of Kuwaiti women on the microblog Twitter has triggered a vigorous defence of Kuwaiti beauty. Several online users said they were shocked by the claim propagated by the hashtag in Arabic “There is no cute Kuwaiti woman” and insisted that Kuwaiti women looked beautiful.

Mohammad Al Masood said the beauty of Gulf women in general and Kuwaiti women in particular could be seen through the beauty of their souls, their high morals and their religious commitments.

“I swear that the greatest beauties can be found in Kuwait, and the people of Kuwait are blessed,” Saudi news site Al Marsad quoted her as saying on Thursday.

For Fahad, Kuwaiti women can be identified thanks to their beauty. “How would (one) recognise a Kuwaiti woman in a crowd? Simply by her beauty, elegance and great smell,” he said.

Some users posted pictures of well-known actresses and artists and invited people to appreciate their “admirable looks”.

One user displayed pictures of several women he said were Kuwaitis and presented them as clear evidence that there was great beauty in the country. Other users opted for words of wisdom, avoiding comparisons and praise.