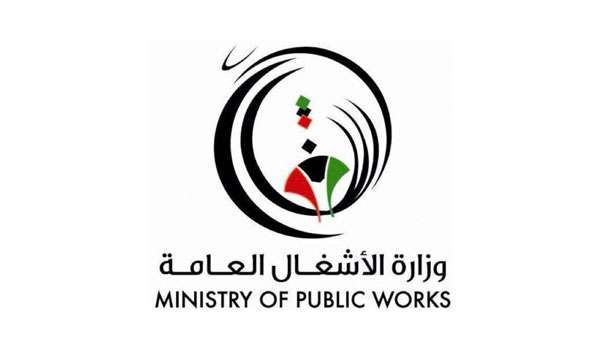 In line with Cabinet’s decision issued on July 20 directing the Ministry of Public Works to follow up on the technical requirements and specifications related to the construction of workers’ cities, a ministerial source confirmed that lack of infrastructure services represents the biggest challenge before government, reports Al-Qabas daily.

The source revealed that the provision of fresh water to cities may need a period of up to 7 years and there’s need to overcome the obstacles to the project and to hold all negligent and lackluster officials accountable. The source pointed out that Kuwait Municipality has taken active steps toward the decisions of the Council of Ministers related to the phenomenon of singles.

It also permits the establishment of workers housing and guard room with an area not exceeding 2,000 meters square within the farmlands in agricultural areas: (Wafra – Abdali – Sulaibiya).

He added that Kuwait Municipality has also moved toward allowing the residence of workers in the farms for milk production and cow rearing, and 5% for workers’ housing and services.

It includes an egg hatchery building with plots for broilers and layers, in addition to six sites to serve as permanent working cities and seven sites to serve as residential complexes for migrant workers The source said that lands have been allocated for major government projects such as roads and housing, including the establishment of temporary housing for their workers at the request of each party.

The accommodation will end with the execution of the project. A study is underway to allocate three temporary sites for company workers under auspices of the Public Authority for Manpower in the following areas: 1- North of Shuaiba Industrial Area (Western Region). 2- South of Abdullah Port. 3- Al Naeem Area.

Increasing
On the possibility of increasing labor absorption capacity offered in the ministry’s initiative and the requirements for its completion, the source said, “The matter requires increasing the absorptive capacity of the project and presenting the matter to the Municipal Council. Issuing a decision to do so upon coordination with the Ministry of Interior and managing the structural plan in this regard, as the absorptive capacity was determined based on the requirements of the Ministry of Interior.”

On the obstacles that may hinder the implementation of the workers’ cities project and the necessary solutions, the source cited the following: The first obstacle is lack of infrastructure services for the project site boundaries, which are fresh water – electrical energy – sanitation services – rain water drainage services – telephone and road services necessary to meet the absorptive capacity of the workers city occupying an area of (2,465,000 square meters).

The site includes housing for 40,000 single male workers with low incomes, and buildings for public services – a health center, a police station – a fire station – mosques – commercial services to meet the daily needs of workers that will reside in the city

Experience
From the previous experience of the Municipality in the workers’ cities project, the city of South Jahra (currently being proposed), the provision of electric and fresh water will take a significant time, as the project requires the construction of secondary electrical transformers to be fed from the main station closest to the site in coordination with specialists in the Ministry of Electricity and Water in this regard.

The time taken to provide electrical energy may reach four years when budget is made available. As for the provision of fresh water, it takes up to 7 years after budget is provided for the construction of water tanks for the area where the workers city is located. It’s highly recommended to work quickly to implement these services in the shortest possible time in coordination with concerned ministries.

The second obstacle is weak response of the ministries to services, whether in the provision of the requirements and needs of the Municipality for the project or overcoming obstacles related to the rapid provision of services required for the project boundaries. Issue binding decisions to quickly respond and work to overcome all obstacles that would hinder the implementation of the project, and hold the negligent and failing officials accountable.

The third obstacle is the multiplicity of bodies involved in the implementation of the project coupled with the length of the bureaucratic bottleneck. Reduce bureaucracy by forming a committee of representatives from the various stakeholders in the country to take decisions and follow up on correspondences to overcome the obstacles and ensure speedy implementation of the project without wasting time and effort.