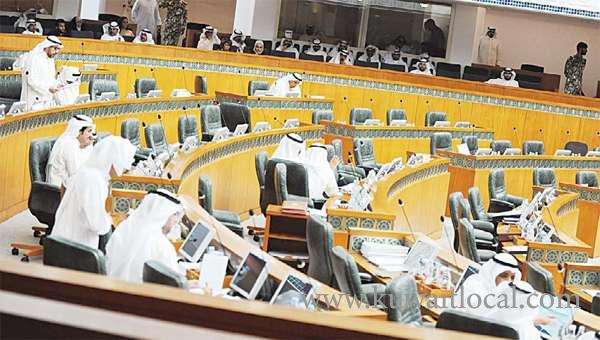 The number of interpellation motions slated for the upcoming legislative round could increase once again if MP Al-Humaidi Al-Subai’i pushes ahead with his plan to grill Minister of Social Affairs Sa’ad Al-Karraz on the cancellation of social welfare allocations.

He disclosed the ministry has stopped allocating social welfare for approximately 3,000 women which he considers a violation of the law. Despite his calls for withdrawal of this decision, the ministry remains silent over the issue. “If the minister insists on this negligence, I will announce my interpellation next Sunday,” he asserted.

On the other hand, after affirming that there is no backing down in the interpellation of Deputy Prime Minister and Minister of Interior Lieutenant-General Sheikh Khaled Al-Jarrah on the alleged abuse of power, MP Riyadh Al-Adsanii now turns his gaze towards Finance Minister Naif Al-Hajraf; saying the latter is on the verge of receiving an interpellation request as well.

Al-Adsani explained this is due to the indifferent behavior and complicit approach of the government toward the inflated accounts of former and some current MPs.

He said the case was referred to the court and the obligation of the minister is to submit an appeal to the Public Prosecution. If the minister is obstructed from doing his job, the MP will call HH the Prime Minister Sheikh Jaber Al-Mubarak to the podium instead.

Furthermore, MP Osama Al-Shaheen submitted a proposal to create the position ‘work inspector’ at the Household Workers Recruitment Department in the Public Authority for Manpower (PAM).

He stressed the need for such a position as maids and other household workers affect Kuwaiti families on a social level; hence, the need for proper supervision to ensure protection of everyone’s rights.

He also pointed out that due to the absence of such a position within the structure of concerned governmental authorities, numerous errors and violations are being committed by recruitment agencies which have led to reimbursement of around KD 200,000 to applicants within a span of three months only.

He also called for appointment of new faculty members and to benefit from the national manpower with excellent credentials and qualifications, especially if scholarships alone fails to fulfill the demands of the university in the near future. He argued that opening new colleges and improvement of parking lots should not be the scope of KU’s advancement. “It should take higher education to the next level,” by utilizing old university facilities and providing job opportunities to capable Kuwaiti manpower.

He highlighted old excuses such as the maximum capacity of students and workforce has been eliminated with the opening of Al-Shadadiyah; so he expects the admission rate to double soon, as opposed to the past when the university could only accept 7,000 students under the best of circumstances.