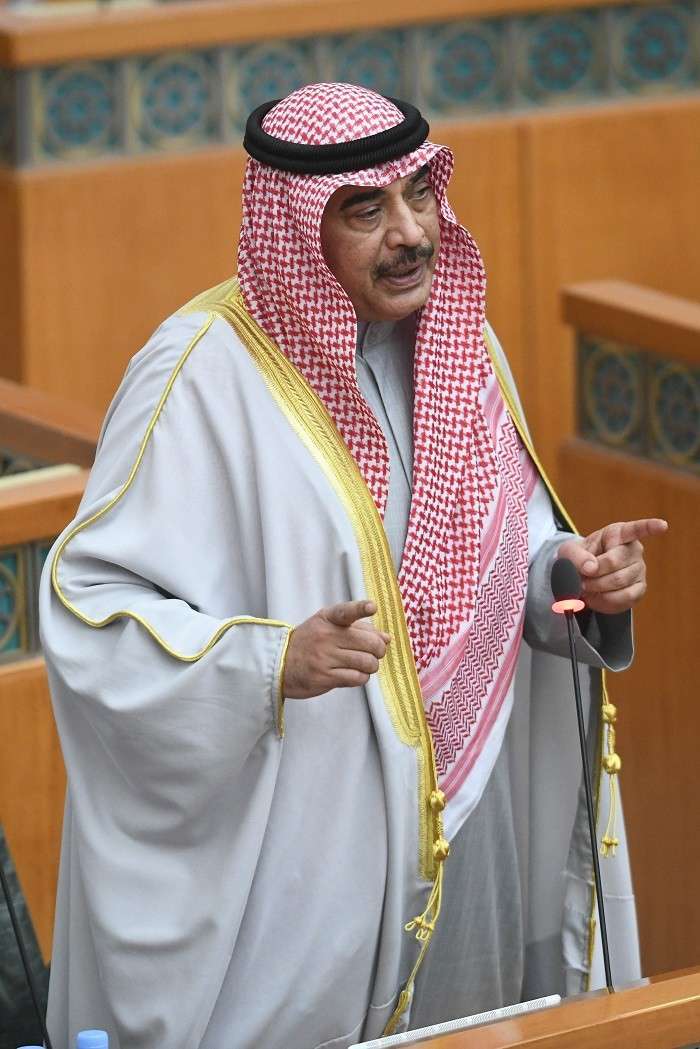 His Highness the Prime Minister Sheikh Sabah Khaled Al-Hamad Al-Sabah said he is very pleased and optimistic about the epidemiological situation and the health stability in the country especially since no case of the new Corona mutant ‘Omicron’ is found in Kuwait, reports Al-Qabas daily.

In a statement to reporters on the sidelines of his visit to the Al-Udaya Square of Kuwaiti Army’s Land Force, the Prime Minister, added the health situation in the State of Kuwait is “stable, praise be to God, but we are following with great interest the new mutant “Omicron” — which has been detected in some countries, including the Arabian Gulf.

The Prime Minister added, the Supreme Committee for Corona Emergencies in the Cabinet is closely following up with interest all reports from the Ministry of Health and that the government is fully prepared to deal with any situation.

His Highness explained “the precautions taken by the State of Kuwait to prevent the entry of anyone who has not receive the vaccination and imposing a mandatory smear test has proven to be effective,” and stressed on the “need to adhere to health requirements during the next stage.”