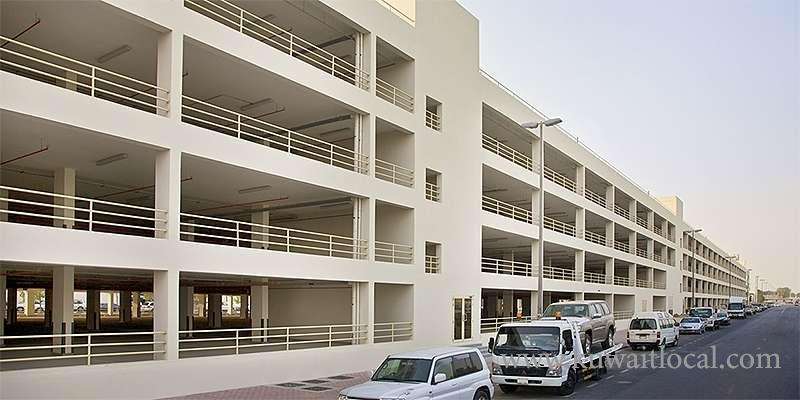 After approving the minutes of the previous Municipal Council meeting, the Minister of Municipal Affairs and Acting Minister of Social Affairs Walid Al-Jasem has turned down a “decision of the Council to approve the administration and maintenance of the multi-storey car parks by the private sector during the investment period in various regions of Kuwait,” reports Al-Rai daily.

He said the private sector must be motivated to build multi-floor parking lots in partnership with the State according to the requirements, laws and regulations of the Ministry of Finance, after careful study of the proposed amendment to the Ministerial Resolution 206/2009 regarding the organization of construction work, and coordination with the relevant government agencies to seek its opinion on this matter.

The Minister also rejected what was stated in the first clause of one of the decisions, stipulating that the initiator should be entitled to exploit the site under the supervision of the council, stating that this matter is outside the jurisdiction of the Municipality, as the requesting party is the Public Authority for Agricultural Affairs and Fish Resources, and that this site (mentioned in the decision) is subject to its supervision.

The Minister pointed out that, by reviewing some articles of the minutes, it was revealed that the decision included approval of the notices contained in the Minister’s letter regarding approval of the proposal submitted by member Dr Hassan Kamal on amending the Municipal Council’s decision taken on May 8, 2000 regarding activities of the East Waterfront and increasing the number of stores to serve as (grocery, restaurant, canteen, hunting supplies, etc).

The Kuwait Municipality has meanwhile, approved the request of the Touristic Enterprises Company (TEC) to develop Al-Shaab Park site by fixing the construction percentage to 20 percent of the total area, and said the percentage for commercial use within the project should be 12 percent, which means the total construction area of the project is 25,937 square meters, reports Al-Rai daily.

The Director General of Kuwait Municipality, Engr Ahmed Al-Manfouhi, referred the decision of approval to the head of Municipal Council Osma Al-Otaibi to take the necessary action in this regard, as the Municipality stated that the commercial activities that are calculated among the commercial percentage are (retail stores, restaurants and cafes only), which is part of the building area on the site, provided that the remaining building areas are used outside the commercial buildings such as support activities for (recreational, sports and educational activities).