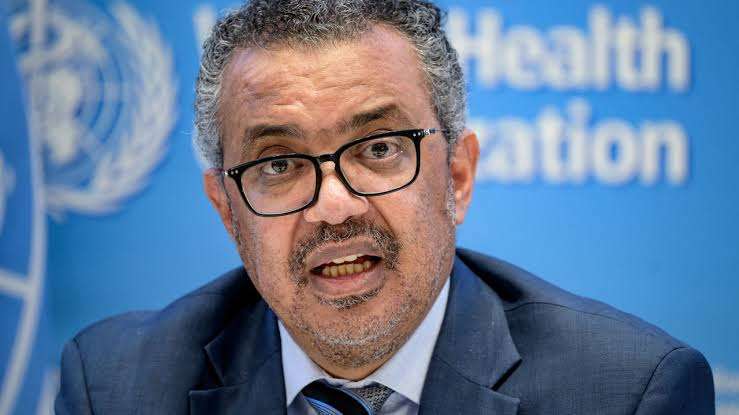 The World Health Organization chief warned Tuesday that it is too early for countries to either declare victory over COVID-19 or give up attempts to halt transmission.

“It is premature for any country to either surrender or to declare victory,” WHO chief Tedros Adhanom Ghebreyesus told reporters.

“This virus is dangerous, and it continues to evolve before our very eyes.”

His comments came as Denmark on Tuesday became the first EU country to lift all of its domestic COVID curbs despite record numbers of cases of the milder Omicron variant, with a number of other countries weighing up similar moves.

Geneva: A sub-variant of the highly contagious Omicron coronavirus strain, which some studies indicate could be even more infectious than the original version, has been detected in 57 countries, the WHO said Tuesday.

The fast-spreading and heavily mutated Omicron variant has rapidly become the dominant variant worldwide since it was first detected in southern Africa 10 weeks ago.
In its weekly epidemiological update, the World Health Organization said that the variant, which accounts for over 93 percent of all coronavirus specimens collected in the past month, counts several sub-lineages: BA.1, BA.1.1, BA.2 and BA.3.

The BA.1 and BA.1.1 - the first versions identified - still account for over 96 percent of all the Omicron sequences uploaded to the GISAID global science initiative, it said.

“We’re concerned that a narrative has taken hold in some countries that because of vaccines and because of Omicron’s high transmissibility and lower severity, preventing transmission is no longer possible, and no longer necessary,” Tedros said.

“Nothing could be further from the truth,” he added, stressing that “more COVID-19 transmission means more deaths”.

The UN health agency chief pointed out that since Omicron was first spotted in southern Africa 10 weeks ago, nearly 90 million Covid cases have been reported to the WHO — more than in all of 2020.

And while the new COVID variant is known to be milder, he stressed that “we are now starting to see a very worrying increase in deaths in most regions of the world.”

Since COVID first emerged in China in late 2019, more than 373 million confirmed cases and close to 5.7 million deaths have been reported to the WHO, but the true numbers are believed to be far higher.

And in the past week, more than 22 million COVID cases and over 60,000 deaths were reported around the globe.

“Now is not the time to lift everything all at once,” warned Maria Van Kerkhove, who leads the WHO pandemic response, pointing to the recent “sharp increase in deaths” and low levels of vaccination in many countries.

WHO emergencies director Michael Ryan meanwhile acknowledged that in some countries with strong health systems and broad vaccination coverage it could make sense to start removing some restrictions.

But he cautioned that “countries who are making decisions to open up more broadly also need to be sure they have the capacity to reintroduce measures with community acceptance quickly if needed” — for example, if case numbers surge or new, more dangerous variants surface.

“If you open the door quickly, (you need) to be able to close it very quickly as well.”

He also warned against countries without high levels of vaccine coverage or strong health infrastructures “blindly” bowing to the political pressure to start opening up.

“My greatest fear at the moment… is that countries will have a lemming syndrome… and will open up on the basis that the country next door opened up,” he told reporters.

Ceding to that pressure, he warned, would result in unnecessary transmission, severe disease and deaths.

“This virus will continue to evolve, which is why we call on countries to continue testing, surveillance and sequencing,” Tedros said.

“We can’t fight this virus if we don’t know what it’s doing.”