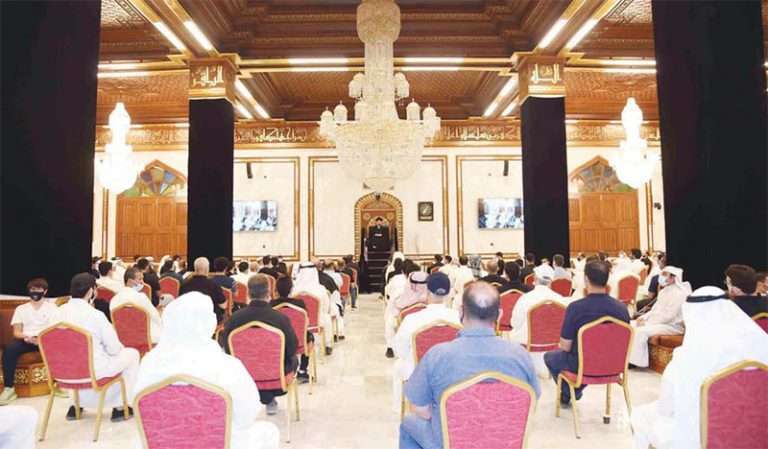 The Ministry of Awqaf and Islamic Affairs informed the imams and muezzins in all administrations of mosques in various governorates about the need to make several radical and important changes that are supposed to have been implemented in the mosques as of Tuesday, reports Al-Jarida daily quoting sources.

Sources confirmed to the daily that the ministry issued a circular to all imams and muezzins requesting to begin the implementation of a new work mechanism in line with the decision to lift the curfew starting from next week, provided this experience is evaluated within the next two days. Sources noted that the circular specified changing the times of all prayers to 15 minutes, except for Maghrib prayer, which will be held as it was before according to the decision of the concerned minister in this regard — 10 minutes after the call for prayer.

Sources disclosed the circular also stipulated the opening of toilets during prayer times only and the keenness to clean them constantly, in addition to opening the internal libraries of the mosques. Sources affirmed the Mosque Sector seeks, through these decisions, to reduce pressure on worshipers so that the elderly, and some who are forced by working conditions, etc., can use the toilets and allow ablution for those who have no time to perform it before heading to the mosque.

Sources added Assistant Undersecretary for the Mosques Sector Muhammad Al-Mutairi stressed the need to implement the instructions of the minister, the most important of which is to adhere to the health regulations of the Ministry of Health.

Sources said these regulations have been implemented since the reopening of mosques about a month ago; most notably the spacing between worshipers at a distance of not less than a meter and a half, wearing a mask, requiring worshippers to bring their own prayer mats before entering the mosque, provision of sterilization materials at the mosque’s gate, and not allowing the worshipers to stay inside the mosque after prayers.