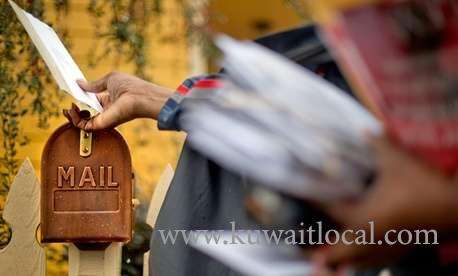 The Postal Sector has launched, on trial basis, the modern tracking system called International Postal System (IPS); in a bid to establish an electronic link to track shipments and parcels until they reach the receivers wherever they may be.

Sources close to the Ministry of Communication explained that the new system “sends a message whenever a parcel or shipment is received at any location of the post offi ce as per the address of the sender”, adding that, “the system is the first of its kind to be launched in Kuwait.” Sources added Kuwait’s Postal Sector sought assistance from a Tunisian expert to develop the IPS system and to train the sector’s staff in this regard. It is worth mentioning that the system is accredited and used in 175 countries.

Kuwait Banking Association (KBA) has agreed in principle to join the Gulf Banking Union, the headquarters of which will be in Abu Dhabi, United Arab Emirates, reports Al-Anba daily quoting sources. They said the executive committee of KBA will discuss the proposal in June, indicating that most of the GCC member states’ banking associations are considering this initiative for establishment of a joint banking union with the aim of safeguarding their interests and shared funding for achieving development goals.

Participants of a seminar titled ‘Role of Monitoring Authorities in Protecting Public Fund’ unanimously agreed that each of the agencies, within the purview of their prerogatives, should carry out studies about the obstacles faced in the course of their duties and present a report in this regard to the government. The obstacles could be decisions, special procedures or legal requirements.

At the end of the seminar, the participants issued a communiqué with 29 recommendations which will be presented to the State Minister for National Assembly Affairs Dr Ali Al- Omair. Notable among the recommendations is the need for those agencies to formulate concepts on how to reduce bureaucracy and the period of monitoring, which they believe will speed up the execution of development projects. The recommendations also included setting up a law to compel government agencies to respond within 15 days to the observations specified in the reports of the State Audit Bureau.