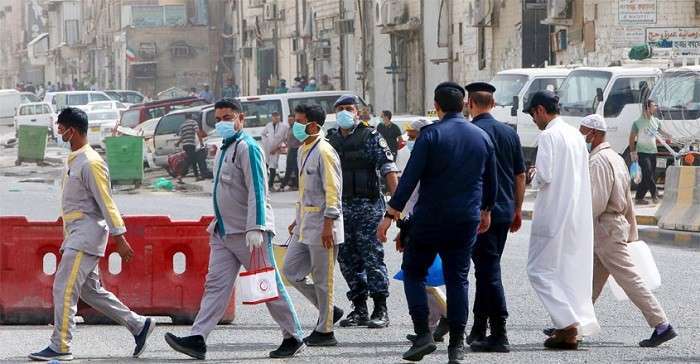 The decision to halt the transfer of a family visa to a work permit came into force yesterday, with the Public Authority for Manpower (PAM) publishing the decision in the Official Gazette in its issue yesterday, said Al Qabas. The daily learned that the transfer ban applies to the wife and daughter, and not only males, with the exception of the categories that have been announced in the decision.

However, the expats in the country are awaiting exceptions on the recent decision to ban renewals for work permits for expats at and past 60 years of age, and who do not carry University degree. It will come into force in the beginning of next year with renewals of work permits for one year only, to allow for such expats to leave the country.  In another context, a group of unions and business owners appealed to His Highness the Prime Minister to work to stop the decision to prevent the renewal for those over 60 years old and who do not hold a university degree, given that many of them are business owners and involved in commercial activities as partners with citizens, in addition to having experiences that can be utilized for training and supervising a new generation.

The daily reports, quoting informed sources, that there is talk of setting controls and exceptions for the 60 year old ban, and they are expected to be announced before the decision comes into effect. According to reports members of this category who have families inside the country will be granted transfer permission to join family visas with the condition to abstain from work. With regard to the decisions to exempt from the prohibition of transferring from the government sector to the private sector or from transferring the family visa to work permit, the number of beneficiaries reached about 10 thousand Palestinians residing in the country who hold Palestinian nationality and the corresponding passports for refugees that include Egypt, Syria, Yemen, and Iraq, and Lebanon, and the Palestinian Authority’s passport.

The workforce and the Ministry of Interior deal with this group residing in the country according to a special mechanism, where the file of the person concerned with the transfer is studied through labor departments, and if the exception applies to them, the transfer process takes place, concluded the daily.