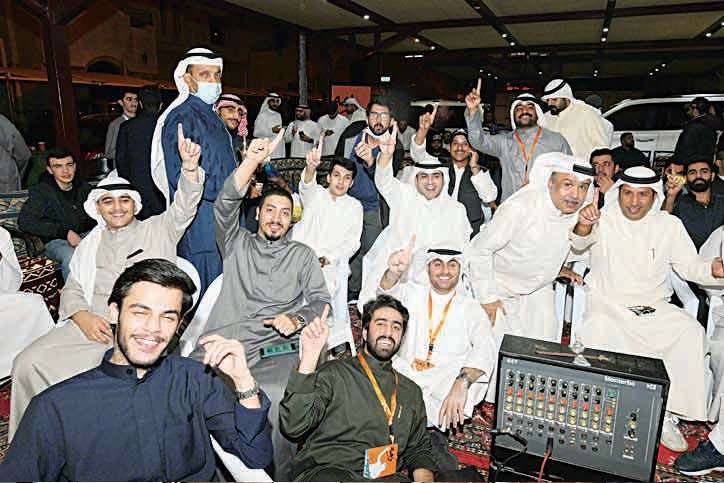 “The resignation of His Highness the Prime Minister and the ministers is accepted and they are tasked to continue on a caretaker basis addressing urgent affairs pending formation of a new Cabinet,” the Amiri Decree stated in part, shortly after the premier tendered his Cabinet resignation to His Highness the Amir.

Addressing His Highness, the Amir, His Highness the Prime Minister noted that he was appointed as head of the government on Nov 19, 2019, adding that Decree 290/2019 tasked him with formation of the government during “this crucial period of our beloved homeland’s history.” His Highness the Prime Minister noted that he and the ministers did their utmost to shoulder the responsibilities accorded to them for serving Kuwait and attain prosperity. “I have keenly supervised the general elections of the new National Assembly to hold the polls freely, transparently and with utmost objectivity despite the very strict precautions warranted by the novel coronavirus,” Sheikh Sabah Khaled noted in part in his address to His Highness the Amir. “By Allah’s testimony, we have been keen on performing the accorded tasks with utmost sincerity and faithfulness,” Sheikh Sabah Khaled affirmed.

Decree
An Amiri Decree was issued on Sunday, calling on the (newly elected) National Assembly to hold the first regular session of the 16th legislative term on Dec 15. The Amiri Decree stipulated that it was issued in accordance with the Constitution, Decree 150/2020 that called on voters to elect members of the National Assembly and declaration of results of the general elections in all electoral districts held on Dec 5, 2020, and after a presentation by the Prime Minister and approval of the Cabinet.

It has stipulated that the National Assembly is called upon to hold the first regular session of the 16th legislative term in the morning of Tuesday, Dec 15, 2020. Accordingly, the Prime Minister will notify the National Assembly about this Decree that will be published by the official gazette. His Highness the Amir sent Sunday cables of congratulations to winners in National Assembly elections, expressing content for the trust they were bestowed with by citizens.

His Highness the Amir wished the new MPs would succeed in serving their constituents and their homeland and in contributing to the development of the homeland and its prosperity. His Highness the Crown Prince Sheikh Meshaal Al-Ahmad Al-Jaber Al-Sabah and His Highness the Prime Minister Sheikh Sabah Khaled Al-Hamad Al-Sabah sent similar cables to the elected MPs. Kuwaitis elected a new Parliament in an election that saw two-thirds of lawmakers and the country’s only female legislator lose their seats, election results released Sunday showed.

The direction that the new 50-seat National Assembly will take remains unclear as 21 of them will become first-time legislators when they are sworn in Dec 15.

However, the challenges that face them remain the same in this country now struggling with a debt crisis and the ongoing coronavirus pandemic. Saturday’s election for Kuwait’s Parliament, the freest and most-rambunctious assembly in the Gulf Arab countries, saw an over-60 percent turnout of the country’s more than 560,000 registered voters. Under Kuwait’s system, the country is broken up into five voting districts, from which the top 10 candidates in each go on to Parliament.

Online videos showed celebrations with candidates lifted onto supporters’ shoulders, or in one case, riding a horse into a tent as traditional music blared. The breakdown of what side the new legislators fell on wasn’t immediately clear.

Major blocs include those backing the ruling Al Sabah family, Islamists and relative liberals in this country where alcohol is illegal.

Safa al-Hashem, Parliament’s only female lawmaker, lost her seat after getting only 430 votes compared to 3,273 in 2016. She had gained notoriety for her anti-foreign worker stances, including at one point saying expatriates “must be charged for everything, for medical services, infrastructure and again I say for the air they breath here.”

As is custom after an election, Kuwait’s ruling Amir ordered the Cabinet dissolved ahead of the new Parliament taking its seats. The vote came after the death in September of Kuwait’s ruler, the 91-year-old Sheikh Sabah Al Ahmad Al Sabah. Sheikh Nawaf, 83, quickly took power without any opposition.