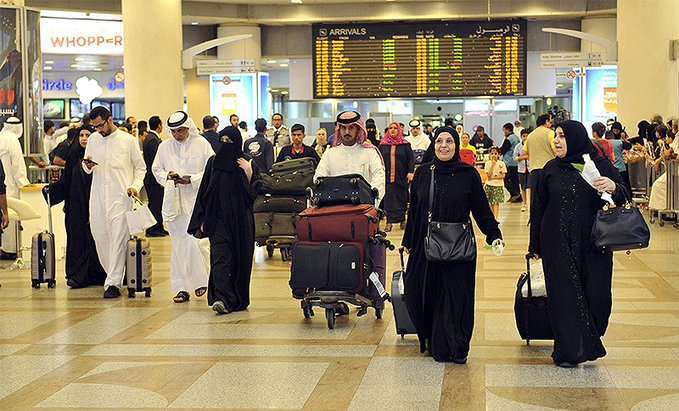 Ministry of Health is carrying out high-level coordination and continuous communication with its counterparts in the Gulf Cooperation Council (GCC) countries in order to encourage and promote tourism within the region for Gulf citizens this summer, reports Al-Nahar daily. According to health sources, presenting this file for information exchange will contribute to the health authorities in Kuwait taking a decision to prevent non-Kuwaitis, with the exception of Gulf nationals, from entering the country, as well as opening land and air ports and allowing movement within the GCC countries.

Work is underway to standardize records and follow up vaccination campaigns and procedures in order to motivate Gulf nationals to be satisfied with traveling within the Gulf countries instead of high-risk countries or those with unknown information about their epidemiological situation. This is aimed to protect GCC citizens and countries from the COVID-19 variants. The sources indicated the possible establishment of a joint virtual platform for Gulf tourism and movement among the GCC countries.

They highlighted the decision taken by the Cabinet in its last meeting to assign the Government Communication Center to publish on a weekly basis a list of high-risk countries due to COVID-19 outbreak, in coordination with the Ministry of Health, in order to educate citizens and direct them to travel to safer countries. Until last week, the Ministry of Education did not receive the approval of the Ministry of Finance to disburse the summer salaries for teachers in a single batch, due to which the Ministry of Education’s Finance Department began procedures for disbursing only the May salary to the teaching staff members, reports Al-Anba daily.