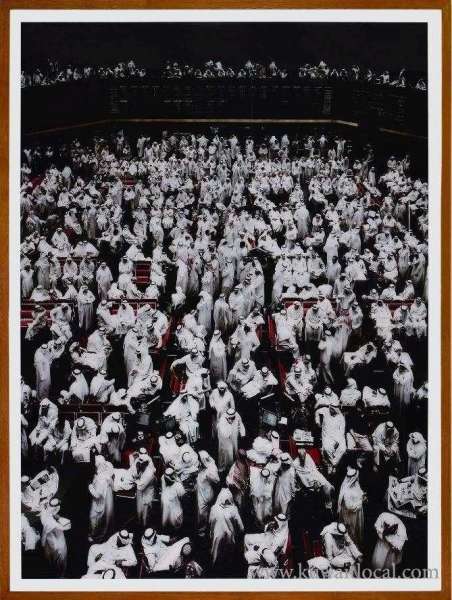 A photo of the Kuwait Stock Exchange taken in 2007 by famous German photographer Andreas Gursky was priced at $850,000 before it was displayed in New York to be auctioned on November 15, 2018, according to Kuwait Times.

Commenting on the photo, art critic Dr Nina Zimmer said only a few artists managed to extract the traits of a certain culture or the mentality of a certain generation in one piece of work.

“Gursky managed to sum up the social and economic situations in Kuwait in the late 20th century in this photo,” she said.

Notably, Gursky is a photographer and professor at the Kunstakademie Dusseldorf in Germany.

He is known for his large format architecture and landscape colour photographs, often employing a high point of view.

He was born in Leipzig, Germany in 1955. In 2011, his Rhein II photo, which depicts the stretch of the river Rhine outside Düsseldorf, sold for $4.3 million to become the most expensive photo in the history of public auctions.