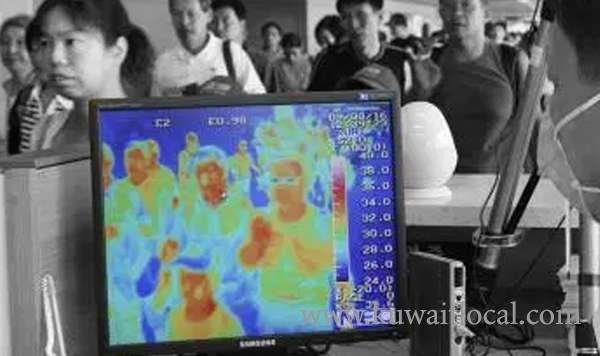 The daily added, this will be accomplished in coordination with the Ministries of Health and Interior.

The same sources said, 16 thermal cameras will be installed at the Kuwait International Airport arrivals lounges, four each at the Salmi, Al-Nuwaiseeb and Abdali ports and two at the Doha Port.

Meanwhile, several health measures have been implemented at the Kuwait International Airport following reports of polio cases in the Philippines, reports Al-Jarida daily. Informed health sources the measures include referring the arrivals from the Philippines to the preventive health centers to ensure they were vaccinated with polio-protective vaccine in their country.

The sources pointed out, the Philippines was free of polio for 19 years because the outbreak which occurred several days ago. To date, no official data has been issued by the Ministry of Health, but the World Health Organization (WHO), in cooperation with the Philippines health authorities, has published the news on its website, reassuring everyone, and calling on States not to take any further measures to restrict movement, travel and goods among the countries of the world.

The sources pointed out that WHO has advised travelers to the Philippines to take vaccination against polio before travel, but the organization did not issue any instructions regarding those going from the Philippines to other countries.