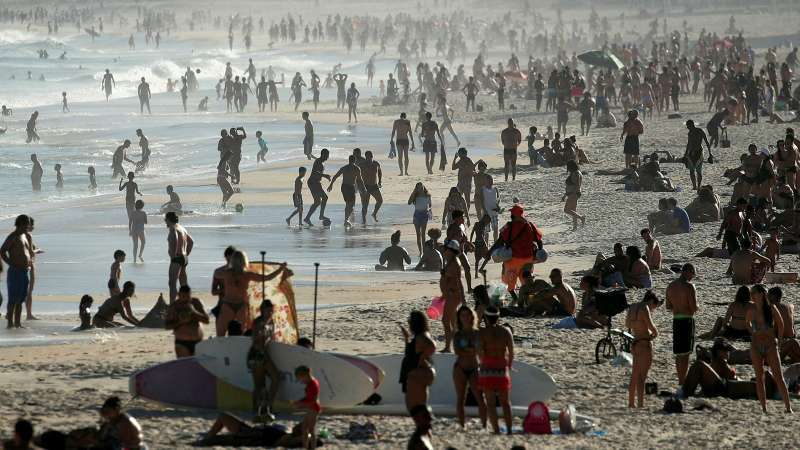 Kuwait’s beaches became a haven for many citizens and expatriates during the Eid al-Fitr holidays in spite of some restrictions that were quite visible.

The Al-Seyassah daily visited some of these beaches and met citizens and expatriates who expressed their relief that they could spend some time with their families in the open after being ‘trapped’ in their respective homes for a long time.

The rescue teams were present on the beaches to protect people from drowning accidents.

Kuwaiti Nasser Al-Azmi says although he took his children to the beach, he did not enjoy the holidays this Eid because for him at heart is the issue of the Palestinians whose rights have been violated by the occupying Zionists. He thanked His Highness the Amir, Sheikh Nawaf Al-Ahmad, and HH the Crown Prince, Sheikh Meshaal Al-Sabah, for the support that Kuwait has always provided for the Palestinian cause.

One of the residents, who did not give his name, said he went out with his family for a picnic on a Kuwait beach off Marina and enjoyed watching children playing in the water.

Resident Muhammad Nazim says he loves to take a walk along the Kuwaiti beaches, especially during holidays and wished prosperity and happiness for the Arab and Islamic nations and all countries of the world on the occasion of the blessed Eid al-Fitr.

Muhammad Alamuddin stated the beaches of Kuwait during the blessed Eid al-Fitr have their own flavor, pointing out that he is always keen to come to the beach with his friends.