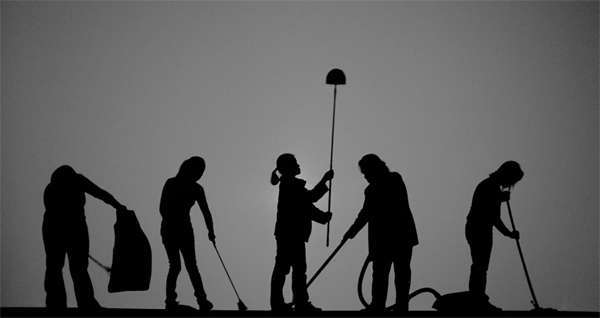 Following what the British newspaper “Daily Telegraph” reported on the “irregularities” related to domestic workers in Kuwait, the acting Director General of the Public Authority of Manpower (PAM) Dr Mubarak Al-Azmi affirmed that all means of comprehensive care for domestic workers are provided, reports Al-Qabas daily. In a press statement, he revealed that the authority deals very seriously with all complaints it receives from domestic workers, and strives to resolve their problems under any circumstances, especially during the COVID- 19 crisis. Dr Al-Azmi assured that “Kuwait, as a center for humanitarian work, has always sought to promote the principle of respect for human rights in all parts of the world, regardless of any other considerations based on discriminatory grounds.”

He said he was surprised by the report published in the “Daily Telegraph” newspaper, which offended Kuwait, referring to cases of violence during the COVID-19 pandemic and increase in work pressure. Dr Al-Azmi highlighted that all state agencies have been harnessing their efforts during the crisis to ensure optimal application of the laws regulating the labor market and to follow up the full compliance with these laws by the employers and the employees.

He indicated that PAM provides various means of communication and mechanisms that enable workers to submit their complaints on any breach of the articles of law or the terms of the work contract, since the beginning of the COVID-19 crisis.

Dr Al-Azmi said workers can submit a complaint or report any abuse by the employer or the recruitment office, on the authority’s website, or via the hotline number, or even through the official social accounts of the authority. He highlighted the continuous coordination with the embassies and Kuwait’s civil society institutions to receive any complaint that may come to it.

Dr Al-Azmi stressed that the authority did not stop receiving complaints during the total or partial lockdown periods that were imposed on the country due to the COVID-19 pandemic, as all its departments continued to practice their work and their regulatory and supervisory role on the application of laws regulating work in the private and domestic sectors. He explained that PAM’s Domestic Labor Regulatory Department received 73 complaints during the period from March 12 to June 31 this year.

During this period, it facilitated the departure of 61 domestic workers and their return to their countries, based on their desire, after providing them with health services, food and legal aid in the shelter for expatriate workers affiliated to PAM.

In addition, Kuwait, represented by the authority, is exerting extensive efforts to provide the necessary protection for all types of workers working on its territory, which is estimated to be a total of 1.722 million workers (according to the latest labor market statistics issued in June 2020), in compliance with international regulations, laws and agreements, and to preserve its position in the field of human rights and humanitarian work. About 680,262 domestic workers of Asian and African nationalities work on the land of Kuwait, including 351,000 women.

Kuwait provides all of them with special care, especially the women, by providing a shelter that works around the clock and provides all psychological, health and social services. This shelter contains nine government agencies to facilitate their departure from the country in the event of complaints, problems, or their refusal to work. Every month, Kuwait settles hundreds of complaints related to domestic workers, and refers the rest to the judiciary in the event that one of its parties rejects the friendly solution.

In August and September, the Domestic Labor Department of the Employment Protection Sector referred 803 complaints of domestic workers to the judiciary and resolved 247 others amicably, in addition to returning KD 2,874 in favor of the employees.

The statistical report shows that the department received 11,000 complaints from domestic workers and sponsors during the past two months regarding their refusal to work or their desire to travel, in addition to other complaints related to non-compliance with contracts, pressure, and unwillingness to complete work and desire to leave the country.

In this regard, the daily learned that many of the complaints that come to the Department of Domestic Labor revolve around the workers’ desire to terminate their work contracts and leave the country, but this is not being done due to the exigencies of the COVID-19 pandemic. Informed sources from the Department of Domestic Labor indicated that the complaints the department received in the recent period from the sponsors and workers are all related to refusal to work and the desire to terminate contracts.