Advanced Search
PAM For Engineers To Mandates NOC From The KSE
Category: Kuwait Society of Engineers 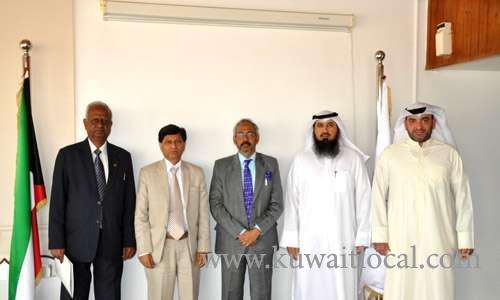 The recent circular issued by the Public Authority for Manpower (PAM) for Engineers to mandates a no-objection certificate (NOC) from the Kuwait Society of Engineers (KSE) to get their residency and work permits created a traumatic situation for thousands of Indian Engineers in Kuwait. However the sources close to the matter assured that the issue of Engineers will be addressed very soon and no genuine degree holders will face problem with their residency as long as their degrees are valid. "Kuwait has huge respect for the Indian Engineers. We value their seniority and experience in this country," source close to KSE

Kuwait took this step to ensure the quality of engineers working for this country. Every country has the right to ensure quality and certain standard. This is not only applicable for Engineers, but for any profession. Last year Saudi Arabia had implemented similar rule to safe guard their country and according to Saudi Council of Engineers (SCE) more than 2000 fake engineering certificate holders were expelled from the country. However certain conditions for getting NOC from KSE created havoc among the Indian engineers. According to KSE, NOC will be granted only to those engineers, who have studied in colleges accredited by the National Board of Accreditation (NBA). The move may affect 90% of engineers in Kuwait as not even premier institutions like IITs, RECs, Anna University have NBA accreditation. According to estimate there are around 10,000 to 15,000 Indian Engineers working in Kuwait.

NBA, despite being formed in 1994, became pro-active in handing out accreditations only since 2005 onwards. However sources close to KSE informed that this requirement is already being communicated to various Indian Engineers through Institution of Engineers India (IEI) Kuwait chapter, which have a permanent chair at KSE office. “The condition for getting KSE membership is known to many Indian Engineers, but the sudden decision of making this mandatory for residency renewal was not known to us”, IEI officials told IndiansinKuwait.com. Earlier, for getting direct job at various ministries KSE member ship was mandatory. But private sectors including the Oil companies were not mandating these criteria for their engineers, IEI officials told.

Indian Ambassador to Kuwait Sri K Jeeva Sagar had taken up the issue during his recent meeting with KSE Chairman Faisal Dowaih Al-Ottol . During the meeting Ambassador briefed him about the difficulties faced by the Indian Engineers with respect to NBA accreditation. KSE Chairman assured that they will provide all possible support to overcome any obstacles faced by engineers working in Kuwait. KSE will be arranging a meeting very shortly with representatives of Indian Engineers along with Indian Embassy officials to discuss the matter in detail. Various Engineering association and community organisation had also brought this matter to the notice of Government of Indian.

Meanwhile, in order to address the huge crowd at KSE and to avoid the difficulties of individual engineers, KSE has facilitated the companies to submit the application for NOC for their employees instead of individually approaching KSE by engineers. This will be helpful for companies with large number of Engineers working under them. KSE also initiated online application to facilitate the engineers who wish to apply for the NOC directly with KSE.